Welcome to another magic trick tutorial! Today I’ll be talking about the 3 card monte card trick.

This innocent looking trick has frustrated unknowing tourists and lined the pockets of scammers for hundreds of years.

This card trick is often used by street performers in busy cities. Usually street magicians will be performing something harmless like the cups and balls, but you need to watch out for this scam!

It’s presented as an easy little game for the audience to ‘win’ money on (of course, the only one winning any money is going to be the magician every day of the week.) First I’ll explain what the trick looks like, and then I’ll tell you where to learn this trick. 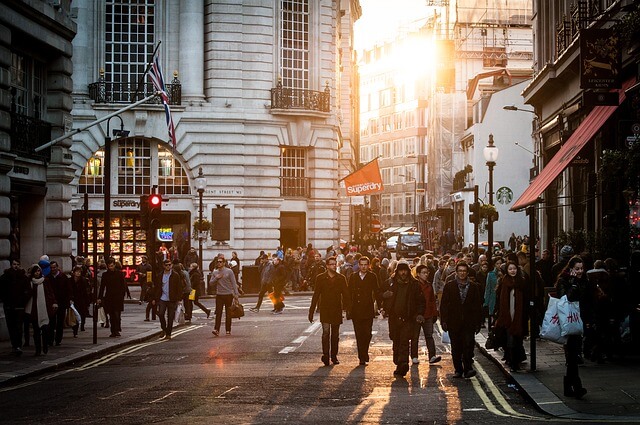 Picture a busy street in London, where a crowd is slowly gathering around a magician with a little table and 3 ordinary playing cards.

The magician holds up the cards for everyone to see. He has two black queens and a red ace. The job of the audience is to “keep your eyes on the red ace”, no matter what.

The magician slowly turns the cards face down and shuffles them around on the table quickly, but not so fast that the audience lose track of the red card.

When he asks them to point out the red ace, they guess correctly.

He throws the cards face down and shuffles them around again, this time even faster. Once again, the audience guess correctly and find the red ace first time.

“Fine then,” comes the response of the magician. “If you’re so good, how about a little bet?” He convinces one young member of the audience to place a ten dollar bet on the outcome of the game.

Although the magician tries his hardest to fool the young man, he guesses correctly and wins the 10 dollars.

The magician grits his teeth and throws down the cards again, but once again is foiled by the young audience member and has to deal out another 10 dollars. At this point, another man steps up from the audience and demands that he has a go (he thinks he can earn some easy money since the magician clearly seems incompetent).

In fact, this newcomer is so convinced that he can beat the magician that he raises the bet to 50 dollars. The magician accepts and throws down the cards exactly the same as he had earlier.

This time, the unfortunate man guessed wrong and the magician takes the 50 dollars for himself. All of a sudden, someone from the back of the audience shouts “Police!” and everybody scatters. 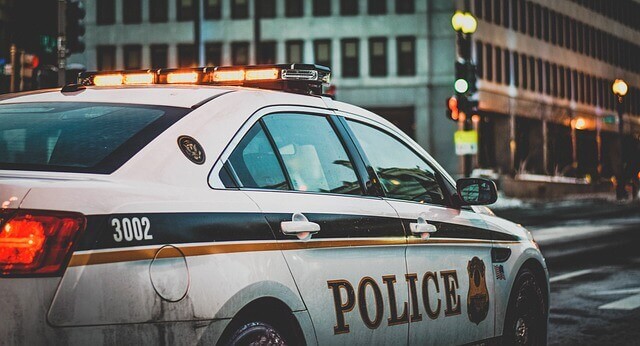 Now, I know what you might be wondering. How on earth is that a scam? That was just a bad magician that got lucky with an overconfident spectator. The problem is, that is exactly what the scammers want you to think.

Yes, scammers. Plural. You see, there were actually 3 scammers all working together within that innocent looking presentation.

The first scammer is the obvious one; the magician. The second was the man who shouted “Police!” at such a convenient time, and the third was actually the young man that apparently won 20 dollars. All three of them were part of an elaborate act designed just to lure the unsuspecting man (the ‘sucker’ in.)

Before the trick even began, all three of them had a plan, which they put into action all with the intent of drawing money from a ‘sucker’ or ‘target’ (or ‘mark’.) 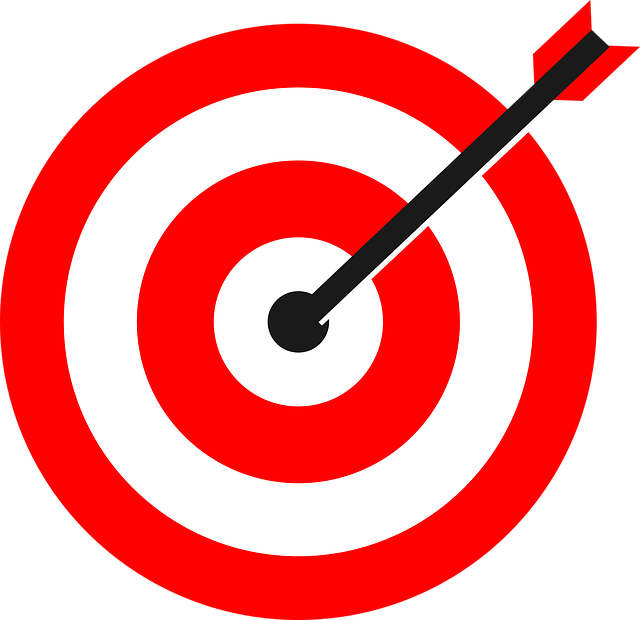 The magician began to gather an audience and get the ‘game’ going. He displayed the three cards and threw them down, making sure he was slow enough for the audience to follow the cards.

He let them guess correctly a couple of times to build up their confidence so they would be more willing to place the bet later.

The magician then proposed his bet- $10 that he could fool a member of the audience. This is where the second member of the scam stepped up.

The young man, who was in on it, agreed to the take the bet and stepped up to the table. At this point, the magician let him win twice in a row without caring for the $20 he was supposedly losing. After all, as the young man was in on it he will get the money back later.

The real audience, after seeing the young man win $20, were ready to step up to the table and throw down some money themselves. The ‘sucker’ ended up being so fooled by the performance that he confidently placed a $50 bet. 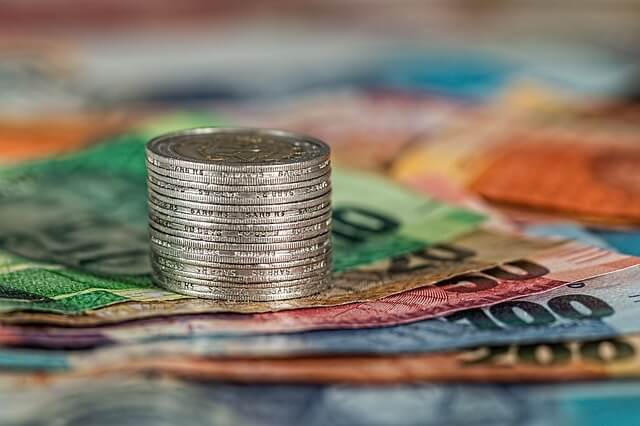 This was when the magician did the trick for real. He threw down the cards slowly and clearly, so slow and clear that the ‘sucker’ was 100% sure that he had SEEN the red card land in the middle.

Of course, the magician had used a special technique (a secret move) to fool the ‘sucker’ and the red card was actually on the left. Once the ‘sucker’ guessed wrong, the third member of the scam joined the fray and shouted “Police!” when in fact there were none.

The magician packed up his stuff and quickly moved on, apparently to avoid the ‘police’ but in reality because the scam was complete. The three of them had successfully fooled a ‘sucker’ or ‘mark’ into blowing $50.

And since they were working together, the magician never even lost the $20 dollars in the first place! The money was split between the scammers and they ran off to set up shop somewhere else and repeat the performance.

Believe it or not, this scam actually works very effectively. The ‘suckers’ can’t even accuse the magician of theft, since they knew what they were doing when they placed the bet!

How to win at the 3 card monte card trick:

If you ever come across real scammers running this 3 card monte scam in the streets, don’t even think about having a go. Just because you know it’s a scam won’t keep you safe. These guys are very good at what they do, and I’m sure they’ve dealt with people who thought they knew better than them before! 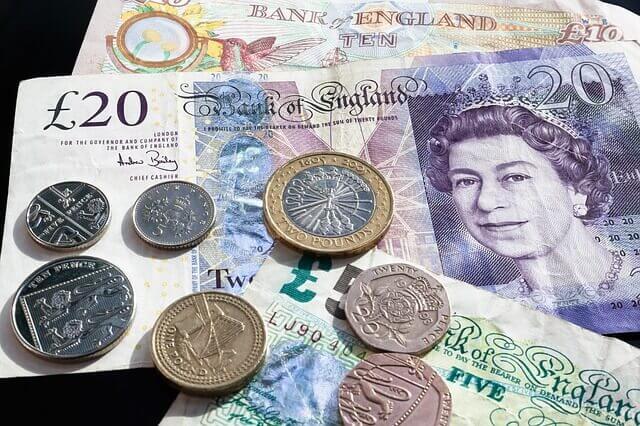 You might want to warn people away from playing and spending money on this game since they don’t realize the fact that the 3 card monte trick is a scam.

However, always put safety first; if you walk up to a 3 card monte scam that is underway and start complaining loudly that it’s a scam, you might find yourself in danger.

It’s always safer to walk away and keep your wallet and yourself safe. It can be tempting to try to win money but always just pass by- it’s more trouble than it’s worth. And don’t even think about trying to scam other people using this technique! Not only is it completely unethical, but you don’t have the years of experience and expertise to try it without putting yourself in danger from angry spectators!

However, if you are playing the 3 card monte game in a relaxed setting, go for it and try to outsmart the magician! Just be warned again that even though you know the method, that doesn’t mean you can win it. The magician might try to mix it up to confuse you; maybe he’ll use the secret move once and then do it for real the next time. You never can tell!

How to learn the 3 card monte:

The 3 card monte card trick, fortunately, is easier to learn than it is to win at. There are loads of great video tutorials out there, so I’ll quickly explain the basic mechanics of the move before pointing you to a YouTube video that should help clear up anything you didn’t understand!

You should have the red card beneath the black card in your right hand at this point. Make sure the two aren’t flush against each other but have a little space between them- this will be important for the move. As you bring your right hand down to throw down the ‘red’ card, use your forefinger to swivel out the black card above it and drop it from above.

If you do this smoothly and correctly, it should look like you’ve just dropped the red card and even the most skeptical of spectators will swear they saw the red card drop.

Having trouble visualizing this move?

No need to panic. Here is a great tutorial by Jarek120 on YouTube showing you how to do the 3 card monte card trick just like I have just described.

This should walk you through the trick and how to confidently pull it off, and hopefully will fill in the blanks of anything I may have missed out during my own explanation of the 3 card monte card trick.

If you still have any questions, feedback or comments please feel free to leave them in the comment section below and I will get back to you within 24 hours!