Every magician should learn a few easy bar tricks. They’re very easy to pick up, and once you have them, you’re ready to entertain at a moment’s notice – anytime, anywhere!

But which bar tricks are the BEST?

Great question. I recently sat down and put together a list of my favorite bar tricks. This article is the result!

So let’s get into the best bar tricks out there! 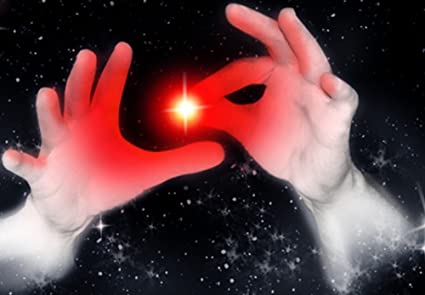 D’lite is one of my favourite tricks ever! I first ever saw this trick at Universal Studios as part of their magic show, it seriously blew me away and it’s a great one to use on magic amateurs and magic pro’s alike. I really would say it’s one of the easiest tricks to learn with the largest pay off- it really makes you look like a pro.

It was kind of funny because when I first saw this at Universal Studios I was like, I’m going to know how they do every single one of these tricks in the magic show- but this one really blew me away.

So let’s get into the effect itself, imagine this:

The ability to create light from nothing and control it according to your whims.

Make light travel through your chest.

Make light travel through your ear.

Throw up light…(Yeah that one doesn’t sound as cool but it really does look it so don’t you worry one bit.)

So if you’re looking for a relatively simple bar trick this one is probably the one for you!

So if any of this has caught your attention: CLICK HERE  to grab D’lite on Amazon!

I don’t know about you guys but despite the negative attacks I can’t help but be a fan of David Blaine. There’s a cool trick he does on his show where he takes a quarter (and it is a real quarter.) He puts it in his mouth, takes a bite and brings it back out, when he does half of it has disappeared- the effect being that he seems to have taken a bite.

Then just as quickly as it disappeared he spits and the half magically reappears, it’s a pretty epic effect and certainly one that I was very happy to learn the gimmick behind. And the great thing is it’ll only cost you $8.49 to look like the magician himself.

I can’t really imagine a funnier bar trick than reaching into your wallet, pulling out a quarter and then biting it only to make the half reappear right before everyone’s eyes.

Probably a great way to get free drinks but don’t quote me on that!

(Little disclaimer it works on any currency so don’t you worry if you’re from another country than the USA!)

The cool thing about Bar Tricks is that most of them use household items that we are all used to- coins, lights… (stretch I know, and this one focuses on the dollar bill. And I have to say the effect is truly shocking!

The thing I really like about this gimmick as well is that you can use any dollar bill you like!

Just close your eyes with me and imagine this… Okay I guess… Fold your arms because closing your eyes doesn’t work too well with reading an article.

You ask one of your buddies for a dollar bill to show a little magic trick and from your pocket you pull out a pen: two regular items right? WRONG! You push the pen through the bill (it works on other currencies too). They scream in horror (maybe you managed to get a 50 dollar bill off them,) then as quickly as you pushed the pen in you pull it out to reveal the bill completely undamaged…

Sounds pretty cool right? Must be expensive though… Well no actually you’re only looking at $9. So if that sounds great to you just CLICK HERE! 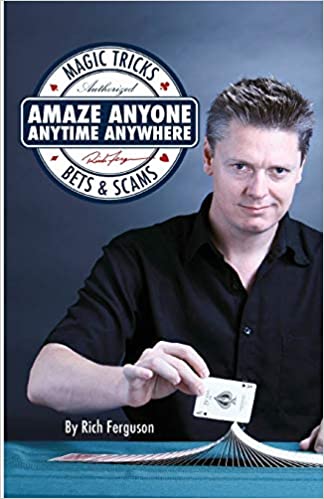 What’s better than a great bar trick that’s easy to do and amazes audiences?

A book FULL of bar tricks that are easy to do and amaze audiences!

In ‘name’, by magician Rich Ferguson, you’ll discover the secret behind over 100 incredible bar tricks, bets and puzzles.

If the bar magic mentioned in this article has ‘whet your appetite’ for more, this book is definitely the place to go.

We hope you enjoyed this review of the Best Bar Tricks!

Stay safe out there!