What is the best card trick ever?

There are THOUSANDS of different card tricks that have been perfected over time until they almost convince you that magic really is real. Read on for the best of the best.

Don’t be surprised if some of the card tricks included may fool the heck out of you. If you have any theories about how they were done, please go ahead and share them in the comment section!

If they inspire you to learn magic, I actually just wrote a post about that subject too:

==> Check out my ultimate guide to learning magic here! <==

Out of these hundreds of years though, surely there must be a ‘best’ one.  The answer to that depends on your personal opinion, but here are my top 5 picks for the best card trick ever! And stick around till the end to find out how you too can learn incredible magic! 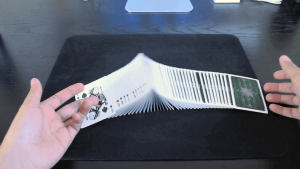 Feel free to let me know if you disagree with any of my choices by dropping me a message in the comments section- I look forward to hearing from you.

Pick No.5: The Dream Act by Shin Lim

This was one of those magic tricks that makes you feel like a kid all over again, as you get fooled over and over again until you’re questioning whether it’s possible that magic might just be real. I’m not kidding, that’s how good it was. Many of you might have already watched this card trick (it’s at 50 million views on YouTube) but for those of you that haven’t, you need to check it out.

You can watch a complete video of Shin Lim performing the Dream Act right here.

As you can see, this is almost THE perfect routine; the timing, the music, and the beautiful sleight of hand and use of smoke really do turn this into a dreamlike performance. 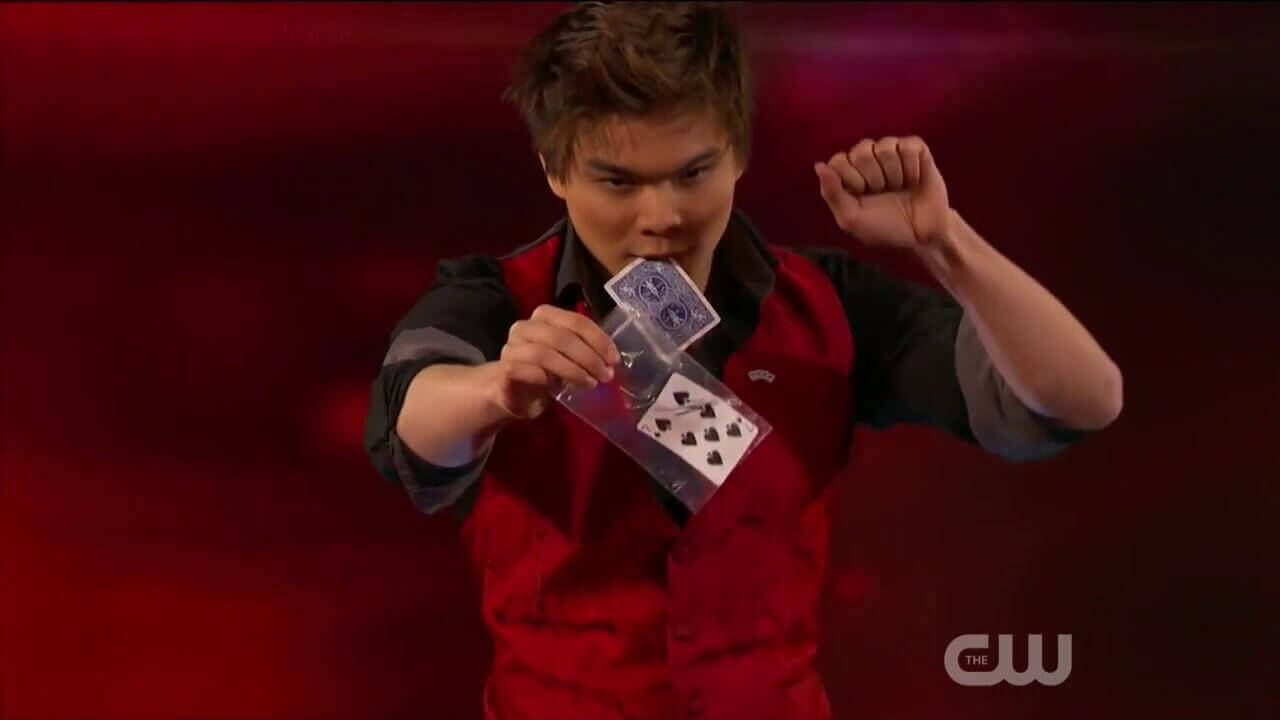 The thing that really elevates this trick from being just a great trick to one of the best ever is the fact that Shin created this routine himself (in 6 years). Performing someone else’s trick perfectly is impressive, but creating your own act and pulling it off seemingly flawlessly is something else!

Of course, I should also mention that this trick did indeed fool Penn and Teller, which is a testament to it’s sheer class and quality. However, the main reason I put this trick within my list of the best card tricks ever is because of the huge effect it had on me personally.

I had been sort of hot and cold with my own magic up to this point, but after watching this video I was just straight back into it and despite a couple of bumps along the way I haven’t looked back since!

If you want to read more about Shin Lim, read my article listing 4 reasons Shin Lim is going to blow your mind on America’s Got Talent this year!

Pick No.4: Or Not by Dani DaOrtiz 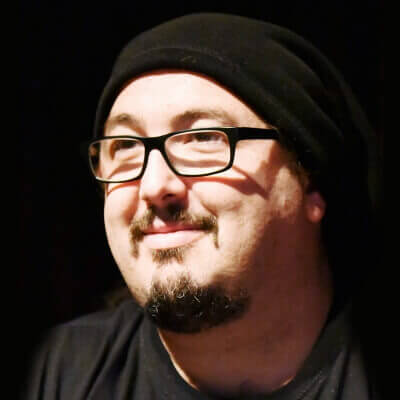 Now, to be honest I could have chosen any one of Dani DaOrtiz’ effects but I chose this one because not only is it an incredible trick but the method behind it is almost equally devious and deserves mention as a truly incredible trick.

Dani DaOrtiz is a Spanish magician mentored by Juan Tamariz (who features later on in this list) who uses comedy and sleight of hand to accomplish a highly entertaining style of magic.

This particular trick involves giving a deck to the spectator and allowing them to move cards around freely until they are happy they have a completely free choice and the deck is randomized.

At this point, DaOrtiz invites them to either take a card from the bottom or top of the deck (the choice is completely theirs) and place it facedown in the middle of the deck.

Once they’ve done this three times, DaOrtiz is able to name exactly what cards were picked.

How about the fact that he guesses what cards were picked without even looking at the deck- the deck goes straight from the spectator into a sealed box.

How about the fact that he does it with his back turned to the audience? He could even do it blindfolded if he wanted to, or even over the phone from a different location if he had to!

What takes this from just a great trick to one of the best is the performance. DaOrtiz manages to mix comedy with his sleight of hand so well that you begin to question whether you’re watching a magician or comedian at times!

Here’s where you can take a look at what this trick looks like!

Pick No.3: Sam the Bellhop by Bill Malone

I love this trick. As a magician, I usually watch a trick and try and figure out how it is done- try and pick out the different sleights and see if I can work out the method. But when I watch Bill Malone all that just goes straight out the window; he’s so entertaining that you have no choice but to sit back and just enjoy the magic.

Bill Malone, born and raised in Chicago, began his magic career at age 17 and it’s clear to see he has decades of experience within this performance. The moves are polished and almost invisible because he does them so cleanly!

This trick is called ‘Sam the Bellhop’ and is one of those card tricks that tell a story.

Unlike most of these ‘storytelling’ tricks where the magician talks super slow to give himself enough time to get all his moves together, Bill Malone talks at 100 miles per hour and his card handling is no slower!

You barely have enough time to recover from one trick before he pulls another one out the bag.

Not just is this trick impressive because of the quality of sleight of hand, this trick is truly funny. Just try to watch it without cracking a smile- almost impossible! Bill is such a professional that he has complete control over his audience and is able to use them to the fullest within his performance.

Here’s the clip of Bill Malone performing the Sam the Bellhop card trick. If you love it as much as I do, feel free to drop a comment in the comment section below letting me know!

The performance starts at 1 minute 36 (the intro is someone talking about how great Bill Malone is- you might have heard enough of that already!)

I mentioned Juan Tamariz earlier when I was discussing Dani DaOrtiz, and it’s about time he featured on this list. I wanted to use a different trick of his, but most of his videos are performed in his native tongue of Spanish.

This one, however, features two professional English magicians getting absolutely fooled by Juan Tamariz.

I don’t actually know the name of this trick, and I don’t want to ruin the surprise so I’ll show the video first and discuss what makes it so good afterwards.

What makes this card trick so impressive is not just how sneaky and clever it is; it’s the fact that he was able to pull it off right under the eyes of two great magicians in their own rights! I mean it’s not like he’s just entertaining some random audience; these guys know what they’re doing and that is what makes it such an incredible trick. 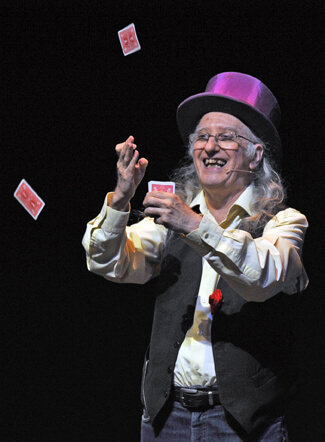 Tamariz is the master of misdirection; don’t be fooled by his ‘clumsy’ performance- every move is calculated and part of a master plan.

Tamariz was born in Madrid in 1943 and began his magic career at a young age.

He joined the Spanish Society of Illusionism at 18 and despite his work in television science, he will always be remembered as a true magician. He spearheaded a new Spanish school of magic that has produced the likes of Dani DaOrtiz and what’s more, he won the world cup equivalent of magic, FISM, in 1973.

His legacy is up there with the greatest of all time like Dai Vernon and Houdini. You can read my biography of Juan Tamariz, as well a where to learn some of his tricks, here!

So, moving on to number 1. What is THE best card trick ever? Find out now.

Pick No.1: The Berglas Effect by David Berglas (Any Card At Any Number) 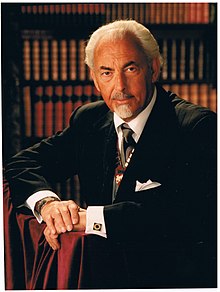 The Berglas Effect has long been held up as the ‘holy grail’ of all card magic and has spawned thousands of efforts in recreating it. For many years, the secret was known only to Berglas itself and despite the best efforts on hundreds of magicians, no one could come near to it.

It is in fact the simplicity of this trick that makes it so attractive to magicians- it appears to be the most impossible card trick possible, yet somehow was done for decades by David Berglas. How?

Well, I’m not here to reveal the secret, but Berglas finally came out and allowed the trick to be put in writing in 2012.

Now, just because the trick is available to learn doesn’t mean that you can do it; it would take years and years of practice to achieve this with the relative ease of Berglas.

Now I know you’re probably eager to watch this trick, so here’s the video.

Wow. Just wow. What a trick. There’s no doubt in my mind that this deserves to be top of my list.

But, the answer to the question ‘what is the best card trick ever?’ is never a simple one; the tricks on this list have been influenced by my love of the magician, the way it affected me and overall, just my personal opinion. If you have any tricks you’d like to see on this list, feel free to leave me some feedback in the comment section below! I hope you enjoyed this article.