Today I will be counting down the top three magic films of all time, along with some honorable mentions. 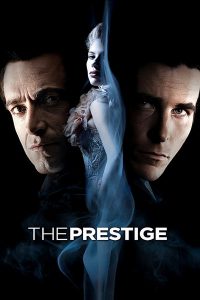 Boy, this is a brilliant film. In my opinion, Nolan’s best film yet is often overlooked, but over the years I have only been more and more impressed with it.

The Prestige follows the story of two magicians who, following a tragic stage accident, become rivals in a race to perfect the ultimate magic trick.

Told in an entirely non-linear style (the film doesn’t have a set beginning – middle – end formula) we are left guessing until the very end. Don’t worry if this film doesn’t make sense straightaway; that’s the whole point.

The cast is a very impressive lineup; Christian Bale, Hugh Jackman, Scarlett Johansson, Michael Caine, Andy Serkis and even David Bowie to name a few. Bale and Jackman are especially great in their respective roles as the main characters.

What’s more, this film actually has some really good magic in it. Bale is obviously not a magician by trade, but the featured tricks in the film are genuine tricks that magicians have been doing for years. Nolan has clearly done his research.

Who would I recommend it for? Everyone over the age of 12. No amount of words could properly emphasize how highly I recommend this movie, whether you are a fan of Nolan or not. It is not only the best film I’ve ever seen about magic, it could just be the best movie ever.

If you’ve watched The Prestige and want to read about what really happened, click here! 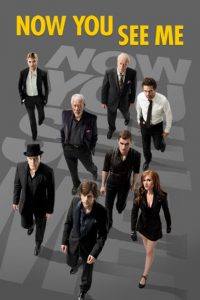 Number 2: Now You See Me

Ok, so this film gets a lot of stuff wrong. It has massive plot holes and cliched characters. But when I was watching it I found that I just didn’t care, because above all, Now You See Me is a really fun film.

If you can’t watch Woody Harrelson pretend to be a hypnotist without smiling, something is wrong with you.

The plot is great; four magicians team up to payback all the people that have wronged them, being overseen by an mysterious benefactor. The film has some nice twists and turns that you might not have seen coming, and although some of the tricks seem a little…unrealistic, the performances are about enough to persuade you they are possible.

If you watch this film as a magician, there are a few elements that could potentially frustrate you, but if you watch it without any expectations, it will blow you away. It is really as simple as that!

Who would I recommend it for? Younger audiences and people looking for a decent action flick with a unique sub genre.

Funnily enough, The Illusionist was released around the same time as The Prestige, both films gracing audiences in 2006.

It follows the story of a magician in Vienna who uses his growing status as an illusionist to win the hand of his future wife, however it then takes a dark turn when he makes the Crown Prince his enemy.

I had mixed feelings about this film; I loved some elements of it, but others I found to be a little too far-fetched for me. Maybe it was simply that I was watching it off the back of watching The Prestige, and so my expectations were unreasonably high, but I found it more enjoyable than memorable.

Certain aspects were done very well, such as the Austrian cinematography, the acting, and the dialogue, but unfortunately the actual magic element itself felt underdeveloped.

However, if you yourself are not a magician, this shouldn’t be too much of an issue, as some of the less well done parts of the film include details that only a magician would notice.

Who would I recommend it for? Older audiences and those who appreciate the aesthetics of a film- just ensure you watch it before The Prestige and not afterward.

I hope you enjoyed these reviews of the top magic films- go give some of them a watch!