Magic apps are all the craze right now, but which are the BEST magic apps in 2020? In this blog post, you’ll find out!

*Disclaimer* These apps are in no particular order, so make sure to give them all the time of day.

What do all of us have on us at ALL TIMES?

And don’t say a deck of cards because unless you’re a super magic geek you just don’t have one on you! That or you wear really tight skinny jeans like me so you’re not always privy to that luxury.

Close, but no cigar.

So sit back and relax as we explore the best magic apps out there! A portable method to blow people’s minds!

But before we get into that let me just share a little story with you, way back when, at a time when magic was life and fooling cute girls was all that was on my mind, my cousin and I attended a large charity event. While we were sitting down and knitting hats for babies (I know we’re amazing people) he handed me his calculator and told me to enter the pin of my phone and times it by something then subtract another number blah, blah, blah you get the point.

After a moment he took the calculator back and studied the number, I got distracted for a moment, probably by a girl I was utterly failing to charm and then he asked for my phone. I laughed and handed it to him, after which he proceeded to login using a code that he never should have known.

I was shocked and begged him for the secret while he proceeded to perform the same trick on the girl sitting right beside me.

LONG story short… He got the girl while I was left with the sorry task of changing my phone password.

All of that is to just explain to you that when it comes to magic apps on the phone, I’m certainly somehow who’s been wowed by them in the past.

So let’s get into it! 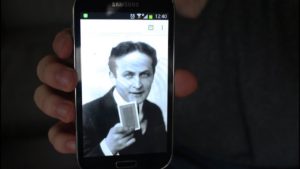 Inject 2.0 is an awesome app that has a ton of uses! I have to say that while I was writing this article I got a little distracted and went and played around with it for a while. It’s absolute coding genius and here’s just one of the effects to help you understand why I say that!

YOU: “May I please borrow your phone to do an image search”.

You borrow a phone, do a search on google and leave their phone face down on the table.

YOU: “Whisper ANY celebrity’s name in my ear”

You pick up their phone and slowly turn it towards them, showing them that you had searched for “Angelina Jolie”!

You open your phone and show them a picture of Houdini telling them that you will leave his picture on the table as a good luck charm for the duration of your magic.

Next, you have them think of ANY card in their head, they name it and you show them the picture of Houdini who is holding up a card (the front is not visible.)

You tell them he is holding their card ‘the five of clubs’ and they laugh (not very impressed.)

You tell them, no really he is, just zoom in on his eyes.

They zoom in and there in his eyes is their card the five of clubs!

One of the most amazing ways that any magician can take their magic to the next level is with a stacked deck. David Blaine, Derren Brown almost every top-grade magician in the world uses a memorized stacked deck.

So how can YOU memorize a deck without forgetting the card’s positions after about five seconds?

Well, how do we enjoy anything these days? We gamify it.

This app will give you the ability to learn stacked decks in a way you never could before by making the process more ‘fun’ than it is ‘work!’.

My cousin and I both love and swear by this app, so if stacked decks are your thing, make sure you head on over to the app store and give this one a download.

Ever seen the clip where Margot Robbie gets entirely freaked out by David Blaine? Well, I have a little secret for you…it wasn’t real magic.

Here’s the clip if you don’t know what I’m ranting on about:

Pretty incredible right? They seemed pretty mind blown, I mean I know I was, I had no idea how he did it whatsoever.

That was until I found out about a mobile magic app: Wikitest.

One quote I read said:

“It is perhaps the most amazing mentalism effect (described as “a modern book test that uses a borrowed smartphone”) that can be done with an iPhone that I have seen.”

Certainly, when you watch the video you can’t help but agree.

As this quote explains it builds upon an age-old magic trick where a spectator is given a book, next they pick a page and then a word apparently ‘at random’. Finally, by his magical powers, the performer is able to decipher exactly what word they picked!

YOU ask a spectator to search for an object or person on Wikipedia, which they do on THEIR phone.

WITHOUT LOOKING the spectator scrolls through the article and thinks of a random word on the page.

Next, you then tell the spectator EXACTLY what object they’re looking at, as well as what word they’ve been thinking of on the page!

Pretty crazy right? Well, it can be yours.

Unlocked by Gee Magic is probably one of the best magic apps of 2020! See for yourself with the video below:

The video I have to say is pretty self-explanatory, but in case you’re not a YouTube fan I’ll give you a brief overview of what the app does.

You hand over your phone and tell the spectator to enter in any random set of numbers, it doesn’t work the first time or the second or the third. But with one magic touch your phone is magically unlocked.

Next you proceed to tell the spectator random personal facts about themselves (no idea what that entails or means but, that’s what you do)

Finally as a grande finale! You ask them to take out their phone and then in one try you enter their pass code!

Pretty crazy right? Well try it out yourself!

Best Magic App Number One: The Stranger by Jonathan Levit. 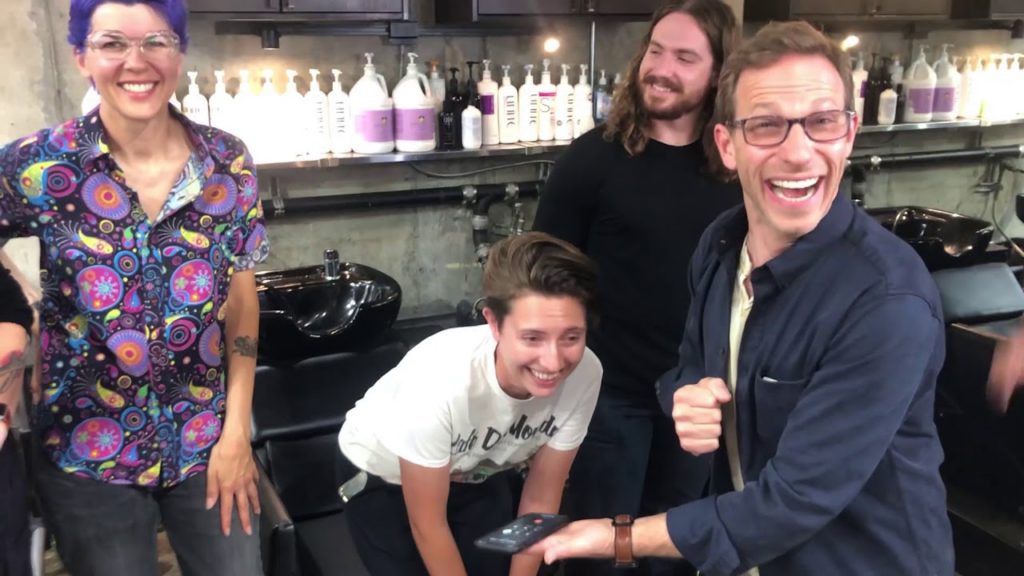 If you want to find out more go check out our post on THE STRANGER.

Well, that’s it for now! Those were our Best Magic Apps. But watch this space for more updates as more apps are released!