The ‘Torn and Restored’ card trick is one of the most powerful magic tricks ever created. But there’s so many different versions of Torn and Restored tricks that it can be hard to know where to start!

In this blog post, I’m going to reveal the top 5 Torn and Restored effects, and tell you exactly where YOU can learn them…

Here’s why this Torn and Restored card is on this list. You can use ANY card.

In the world of TNR tricks, that’s rare. In fact, most TNR routines require a lot of set up and preperation using custom made gimmicks and gaffed cards.

Now, these gimmicks can produce impressive results – but the big downside is just how long they take to get ready.

Rip Current is an impromptu TnR routine that packs small but plays big. You can use it with any deck of cards, and you can even have the chosen card signed by the spectator (which is a great way of doubling the power of this effect.) 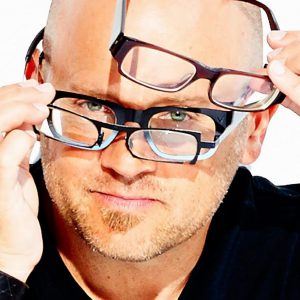 Regardless of the controversy surrounding his appearance on Penn and Teller Fool Us, there’s no denying that this routine is a great way to perform the TnR card using ZERO gimmicks or gaffs.

If you’re not sure what I’m talking about, let me explain…

Jay Sankey is a fairly famous creator of magic that appeared on the hit show ‘Fool Us’ back in 2017 (check). He performed a variety of effects, including an apparatnely original Torn and Restored card effect.

At the time, Penn and Teller announced that they were NOT fooled. However, a few months or so down the line, Jay Sankey uploaded a video to his YouTube channel explaining why – in reality, he really DID fool Penn and Teller. According to Jay, he intentionally crafted a performance that made it appear he was using one method…when actually, he was using a different method.

There’s been a fair amount of debate over whether or not this was a ‘fair’ move to pull, with people divided on whether Jay Sankey REALLY fooled Penn and Teller or not.

However, whether or not he did fool Penn and Teller, I think the method he uses for the TnR he performed is astonishingly effective and very powerful. Best of all, it can be done with totally ordinary card(s).

I believe Jay did a tutorial of this exact effect on his YouTube channel, however I’m not sure it’s still ‘Live.’ If it’s not, you can also find this product for sale on major magic websites.

Most magicians perform the Torn and Restored card in ONE way…with their hands.

You might be thinking…’I didn’t know there WAS any other way to perform this trick?’

Not many magicians do. But the ones that do talk about…Halogen.

Halogen is a stunning visual TnR routine that you need to see to understand.

Take a look at the demo HERE.

Best of all, Halogen is completely impromptu. That means you can perform it using any card, from any deck.

So on the whole, although Halogen lacks in certain areas, it more than makes up for it with its original premise and impromptu nature. Remember, you don’t need to buy any products to perform this trick – which is why it’s earnt a spot on this list.

Tornimation is a new release from magician Menny Lindfield. Menny is respected within magic for creating unique and visually impressive routines, and this is no exception. It’s already gained critical acclaim within the magic community for its impossible visuals and ease-of-use

Your spectator chooses a card. Then, you tear of a corner for them to keep hold of.

Next, you ask them to sign the card, before tearing off another section of the card. It might sound pretty standard so far, but just wait.

You take one of the torn off sections, and visually fuse it back onto the card. Then, they watch as that section of the card slowly slides along the card.

Just CLICK HERE to see the full trailer, where you’ll see this effect in action. 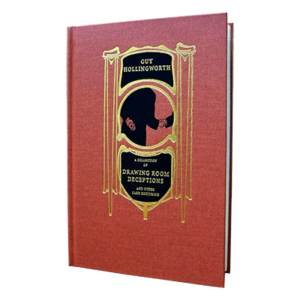 Now, this one’s sort of cheating, because it’s not actually a trick but a BOOK, by English magician Guy Hollingworth. However, inisde this book you’ll discover the method behind one of magic’s most impressive (and famous) TnR card effects…Reformation.

Guy performed this trick on live tv on the show ‘The World’s Greatest Magic’…and it was his awesome original Torn and Restored card effect that stole the show. This trick is called Reformation, and in the years since it has become one of the most sought-after and estemmed TnR tricks.

Take a look at this trick in action:

However, it’s difficult to find teaching on this trick, but there is ONE sure, foolproof way of mastering Reformation (taught by Guy Hollingworth himself)

Guy published a book of his all-time best work called ‘Drawing Room Deceptions’. Inside this book he actually teaches you exactly how to perform Reformation, in all it’s intricate detail.

The teaching on Reformation is worth the price of book alone, but when you buy Reformation you’ll also discover many other practical mysteries. I highly recommend it!

Where can you find Drawing Room Deceptions?

This book is stocked at most major magic shops, but I’d recommend buying from here:

Even though this isn’t strictly a Torn and Restored ‘card’ trick, it’s still an iconic and classic take on the ‘Torn and Restored’ plot, so deserves a mention on this list.

The magician displays a newspaper, and unfolds it so it reaches its full size. He then tears it straight down the middle, puts the two torn pieces together, and tears it yet again. Then he takes the four pieces together and tears it ANOTHER time. He carries on doing this until all that’s left is a load of ripped up pieces of paper. At this point, he scrunches all the paper together in his hand to form a single ball.

This is where the magic happens…

The magician says the magic word, and opens up the ball of ripped paper. To the astonishment of his audience, the entire newspaper unfolds, without a single piece missing.

This is an incredible effect that is performed by professional magicians all the time, and for good reason. It’s strong, direct, and the method is very simple.

In fact, you can learn exactly how to do the Torn and Restored Newspaper here.

I hope you found this post useful! Let me know which TnR card routine is your favorite in the comments below. In addition, if you have any questions that need answering, just leave a comment below and I’ll get back to you shortly!