This week I will be showing you an awesome trick where the spectators chosen cards vanishes from the deck and ends up in your shoe!

The magician displays a regular, mixed deck of cards to the spectator. He invites the spectator to shuffle the deck, then allows him to choose a random card that he looks at memorizes.

Once he has done this, the magician asks him to place the card back in the deck and shuffle it up until he is confident that there is no way the magician could know where his card is. The magician then slowly and carefully takes the deck of cards and places it in his left pocket. 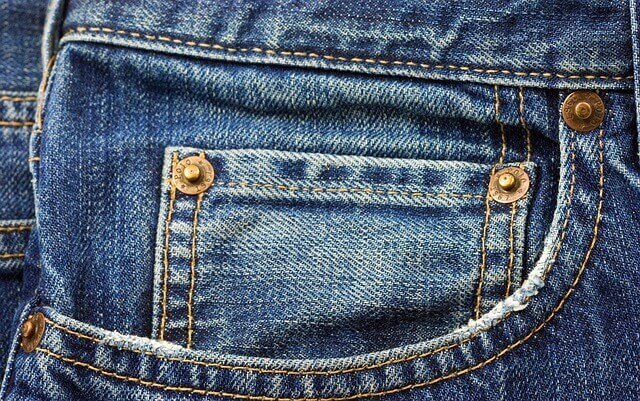 He explains that with just the click of his fingers, the chosen card will jump invisibly through the air, from his left pocket to his right. The magician clicks his fingers, and pauses for a moment as the card ‘jumps’ across.

He reaches his empty hand slowly into his right pocket and pulls out…nothing. The magician apologizes. Maybe something went wrong. He clicks his fingers again, but nothing appears in his pocket.

Frustrated, the magician clicks again and again, but to no avail. It looks like the trick was just too difficult.

Suddenly the magician has an idea.

He displays the inside of his pocket to show a hole, roughly the size of a playing card. He explains that the card must have jumped to his pocket like he promised, but fell through the hole. If that is true, the card should have traveled down his trouser leg and into his shoe. The magician slowly unlaces his shoe and pulls his foot out.

A single playing cards lies face down in his shoe. He turns it over. It is, of course, the spectator’s chosen card.

What you will need:

A regular deck of playing cards, trousers and shoes, and a duplicate card.

This trick is actually very simple. There are only two things necessary for this trick to work; a card force and a duplicate card. A card force basically means you force the spectator to choose a card you want him to choose, even though they feel it is a random choice. Duplicate cards are simply two of the same cards.

Before the trick begins, make sure on of the duplicates (let’s say we are using two Jack of Hearts) is already face down in your shoe. The second duplicate goes in the deck. Now you are ready to go, once you have an audience.

Firstly, you allow the spectator to shuffle the cards. This adds a great element of credibility to the trick as the spectator will know that the deck was truly shuffled, and he will believe that there is nothing ‘tricksy’ about the cards. Once he has finished shuffling, ask for the cards back.

This is the moment where you begin setting up to force your card (the Jack of Hearts) on him. Spread through the cards, allowing him to see that they are all randomly mixed. What you are actually doing, in reality, is trying to find your card, the Jack of Hearts. 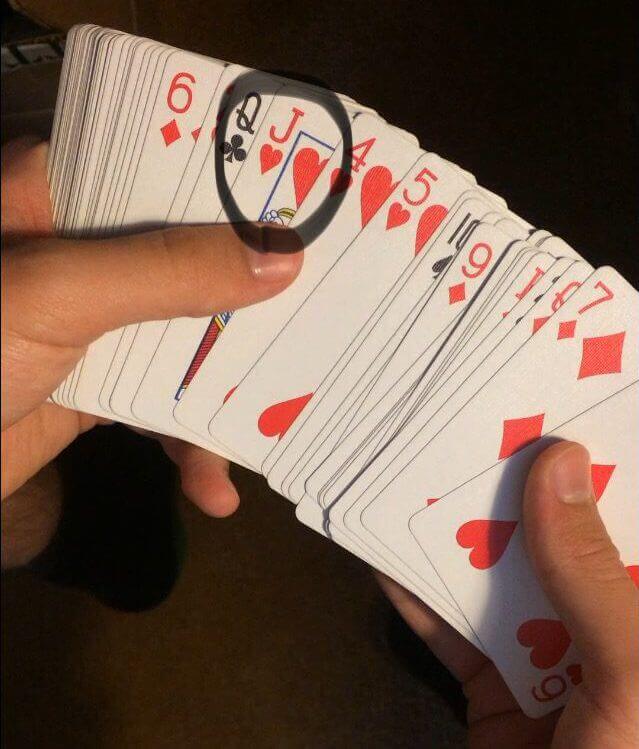 When you see it, stick a finger beneath it and hold a gap open beneath the Jack as you turn the deck over. 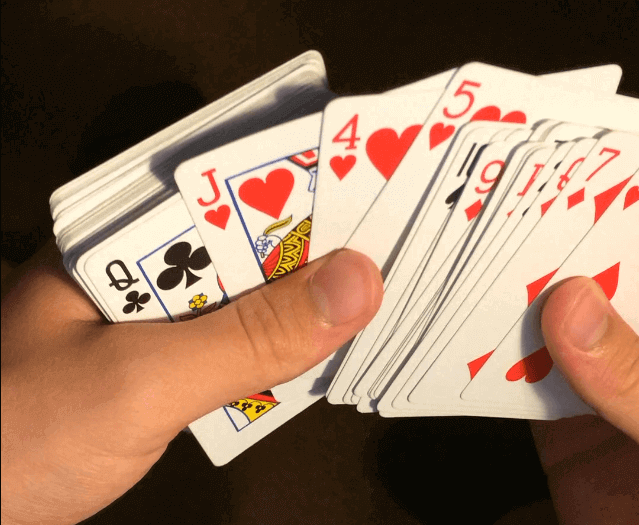 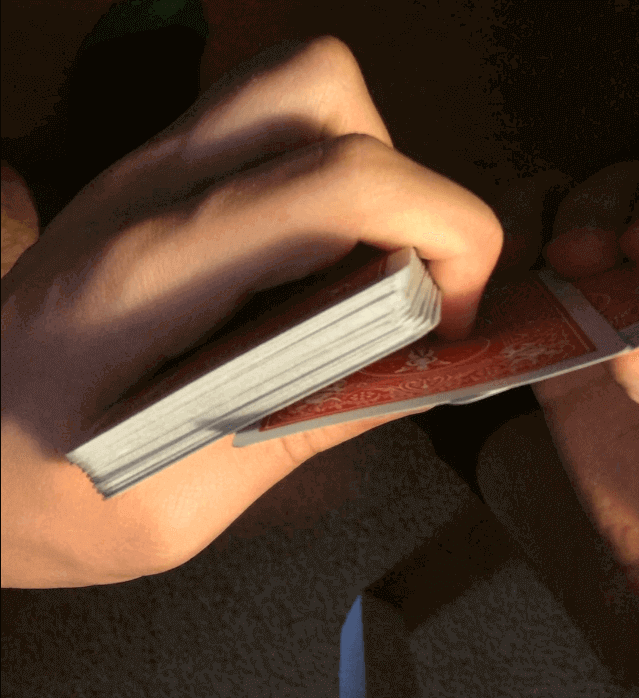 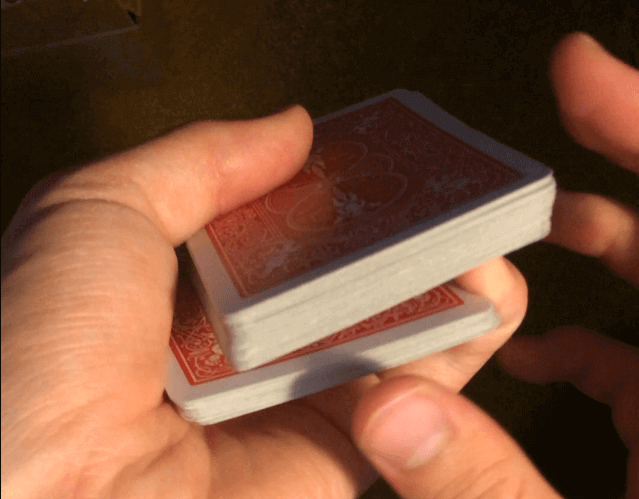 Now transfer that finger break to a pinky break- just let a little flesh from your pinky finger fill the gap. This break is invisible from the front but helps you know exactly where the Jack of Hearts is. You are almost ready to force the card. 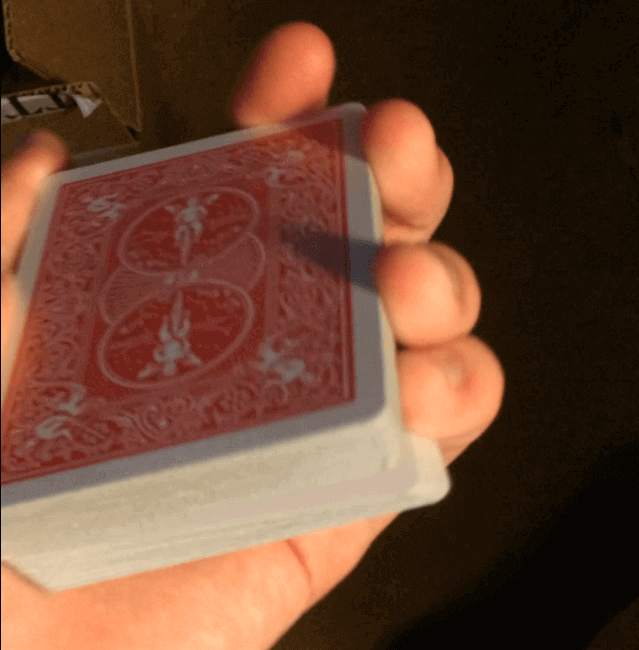 At this point, tell the spectator that they need to pick a card at random, and to do this they should say ‘stop’ at any point while you riffle down the deck. Your thumb should riffle down the top left corner of the deck fairly fast. When they say stop, you should be fairly close to wherever you are holding your pinky break (you’ll get better at this with practice). 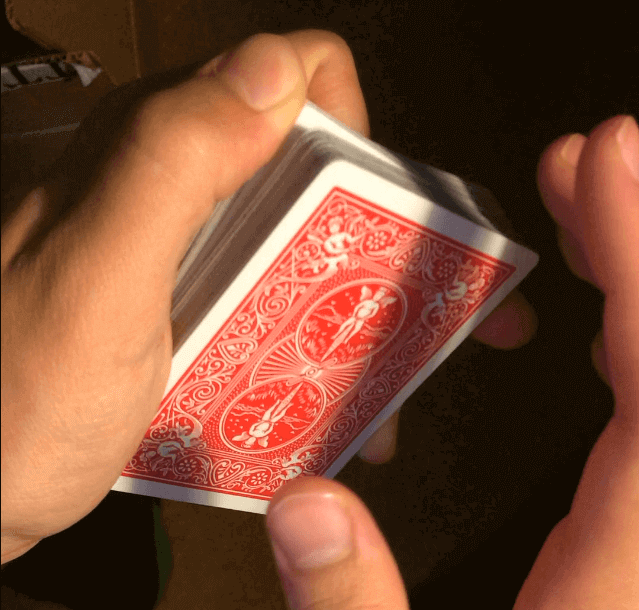 Now, to make it look like you are lifting the cards where they called stop but actually forcing the Jack on them, lift up the cards from the back instead of the front by inserting your thumb into the break and lifting everything above your little finger. 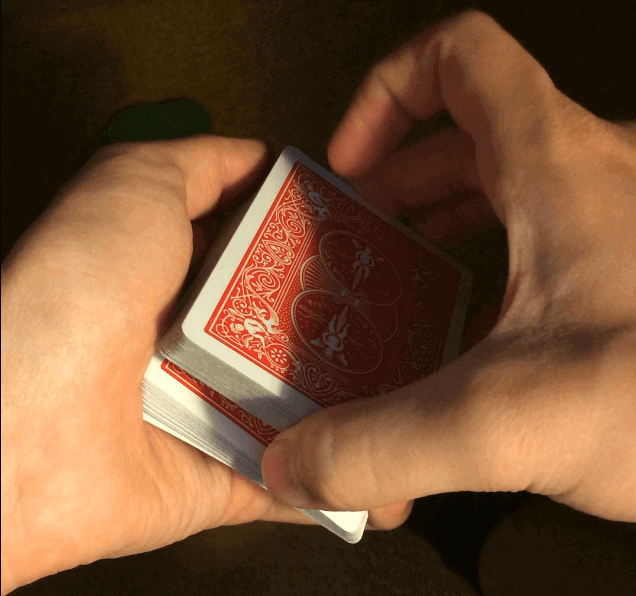 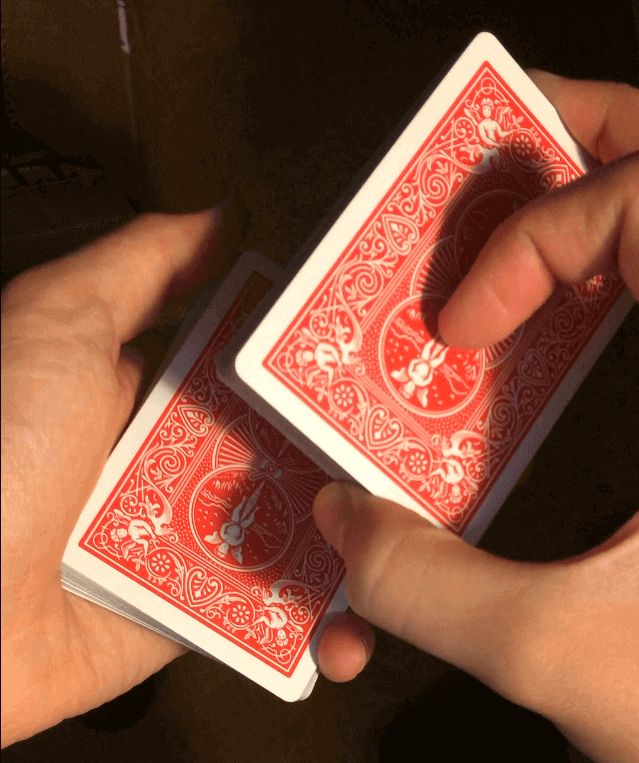 If you do this smooth enough, it should look like they called stop and you simply broke off the pack where they called for it.

Offer them the left pile and ask them to turn over the top card. 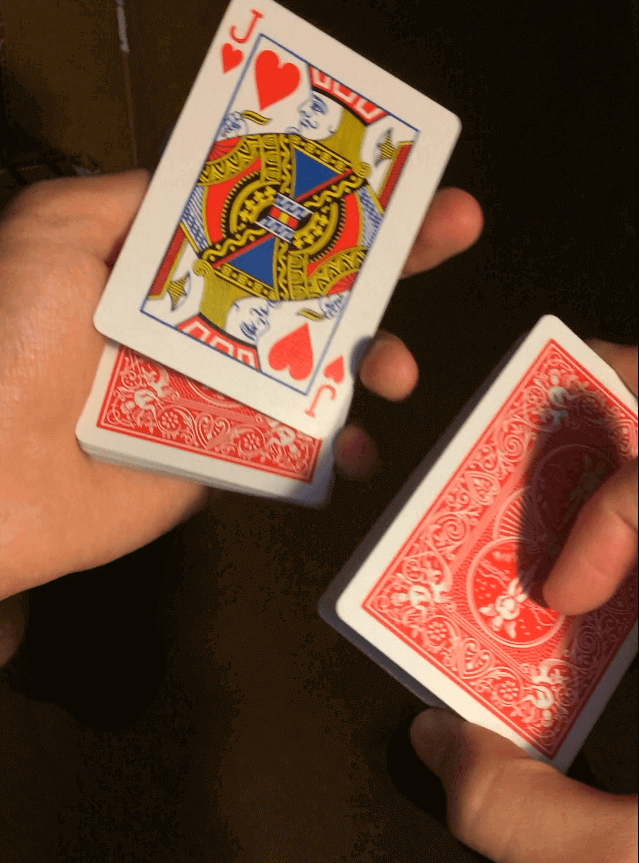 Once they have taken a good look at it and committed it to memory, allow them to put the card back in the pack wherever they want. Then let them shuffle the cards as much as they want until they are happy that there is no way you could get to their chosen card.

At this point, all the hard work has been done and from here it is just a matter of showmanship.

Take the deck and place it in your left pocket, and explain that when you click your fingers their card will jump invisibly across into your right pocket.

Click your fingers, and make a show of taking your hand and reaching slowly into your pocket. Obviously, the card isn’t there. Repeat this action a couple of times and then reveal the hole in your pocket (if you don’t want to make a hole in your pocket, just pretend to discover one).

Explain that the card must have jumped invisibly across but accidentally fell through your pocket. Say something like ‘if it fell down my trouser leg then there is only one place it could be’ and slowly take off your shoe. Make sure you really play on the impossibility of their chosen card appearing in your shoe of all places.

The duplicate Jack of Hearts that you placed there earlier should be faced down beneath your foot, in plain view of the audience. Turn it over to reveal that it is, somehow, the chosen card.

Wow, so this trick was actually a little more difficult to explain than I had expected.

The part that should require the most practice will be the force, so make sure you know what you’re doing with it before you try this trick out for real. As always, if you have any questions or things you didn’t understand about the card in the shoe card trick, please leave a comment below and I will get back to you as soon as I can!