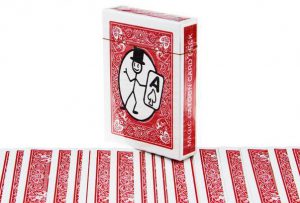 If you’ve ever watched Britain’s Got Talent, you might recall a magician a couple of years back who ‘literally’ convinced Simon Cowell that magic was real.

Think about that for a second.

Simon Cowell has watched hundreds of magicians performing amazing sleight of hand and wizardry for years, but it was this trick that persuaded him to believe that magic was a reality.

And this is a trick that you can learn in minutes. That’s crazy, right? Sometimes, in magic, it is the simplest effects that can be the most mind-blowing, and that is exactly what Cardtoon is.

Do you want to be able to read minds, with no practice or set up? There are hundreds of people who will try to sell you the latest ‘miracle’ of mentalism, but in reality, how many of these tricks are actually workable in real life? Cardtoon is a trick that is a worker, a guaranteed reaction machine, and most of all, really fun!

The magician riffles the cards, and the stickman is seen to slowly pull of his hat, reach in, and pull out (you guessed it), the Jack of Hearts. Watch this video of Jamie Raven to get a better feel for the effect:

So there you go- Cardtoon. It looks completely impossible, doesn’t it? I can genuinely assure you that this trick is one of the simplest card tricks I have ever had the pleasure of working with.

In fact, I picked this one for my first stage performance because I was so confident that it wouldn’t let me down, even though my hands were shaking with nerves!

Cardtoon is literally *ONE* deck of cards; no extra DIY for you to do yourself, no add-ons that you need to keep in your pocket until you’re ready and no funny business. 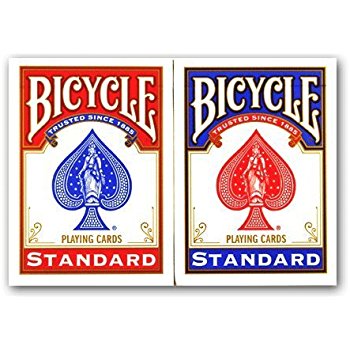 Just one pack of cards that you can carry in your pocket at all times, ready to perform the impossible at a moment’s notice.

How long will Cardtoon take to learn?

Obviously, I would advise taking a day or two to make sure you have the handling completely down before you hit the streets with it. A mess-up is unlikely, but still possible.

Practice in front of the mirror to make sure everything looks smooth; there is only one ‘move’ that you will need to work on.

Apart from that, I would definitely recommend also coming up with a unique presentation of the effect; this is a trick that greatly benefits from its story element- if you play it right, you can double reactions to this trick by creating emotional investment with the stickman ‘magician’.

Maybe he’s a broke college dropout who has one shot to perform for the president of the Magic Castle, or a traveling fakir who reluctantly agrees to show you his greatest miracle yet.

The possibilities are endless- so there’s no excuse not to give your stickman a bit of a story. If you fancy yourself a bit of a comedian, it could even be worth dedicating a bit of time to putting a few jokes in there too.

The point is, don’t waste the potential of this trick. Really create a character that the audience can identify with; the eventual climax of the trick will be a whole lot stronger for it. 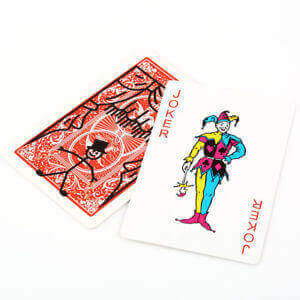 Also, a huge tip that I wish I had learnt earlier was to do with how fast you let the animation play out. When you’re nervous, it is easy to want to ‘get it over with’ and riffle through the cards as quick as possible, hoping that nothing goes wrong.

Instead, remind yourself in your mind to slow down as you flick through the cards. This will create more suspense for people watching, and again, a much better reaction.

You don’t want to build up an elaborate story about the stickman, then only spend three or four seconds letting him shine.

The only drawback I personally can think of is that you can’t hand the deck out to your audience afterward. This might seem a problem, but it really hasn’t ever come up for me- hopefully people will be so astonished that you have time to put the deck away, pull out a new one, and ask to show them something else (just to take their mind off asking you). If someone asks you to show it again, you can either:

-Do it again (possible, but I wouldn’t advise- if they’re asking, it’s most likely because you fooled them, big time. Don’t waste that by risking messing up again.)

– Give them the classic ‘I never perform the same trick twice’ speech. This is what I do; it might seem like a cop-out, but if you give this response every time you have someone ask you to repeat a card trick, they’ll pretty soon stop asking.

Cardtoon is a very low-risk, high reward card trick. There really isn’t a whole lot to lose with this one- it only prices at about £10 most places. This is a great trick to use as a closer, as it has such a kicker ending!

Did you agree with this review? Do you have any other questions I haven’t answered? Feel free to leave them below!