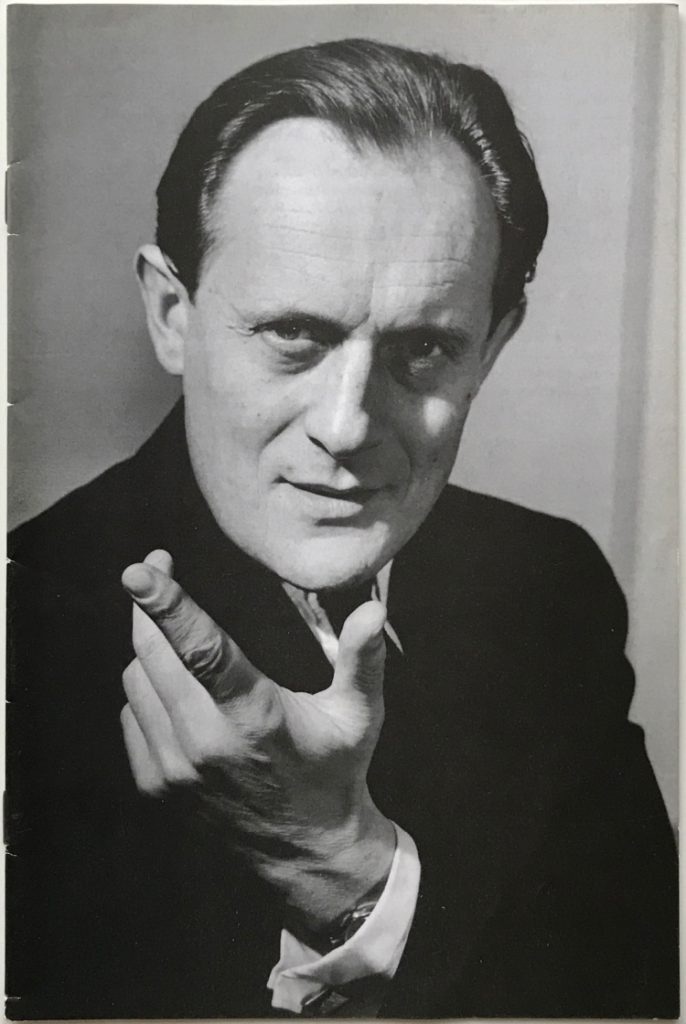 “Chan Canasta is one of the most influential mind readers we have seen.”

Chan Canasta is one of the most influential magicians of the last century, but many magicians aren’t aware of his extraordinary contribution to our craft. In this blog post, we’ll talk about who Canasta was, and why he was so incredibly important for modern-day mentalism. We’ll also explore some of his greatest effects and performances.

Well in order for us to get to know him, let’s start with one of his performances in order for you to understand what kind of magical genius we are dealing with.

Now if you’re a real magic fan then you might have already heard of the trick that we just witnessed together, it’s extremely famous and although there are many different variations, the basic plot is called a ‘Book Test.’

I started like most annoying magicians do when I first began to watch this clip with that classic saying in my head: “Oh yes I think I’ve seen this before” followed closely by “I know how it’s done.” By the end of the video I’m happy to tell you that I entirely ate my words.

The only other time that I’ve seen such an impressive mentalist trick was watching Derren Brown on stage, who incidentally has drawn much from this classic hero of the mentalism world.

Canasta was famous for his spectacular Book Test, but one of my personal favorite effects by him is the trick he starts at 5 minutes 45 seconds here and finishes here.

It’s direct, powerful and incredibly ‘ballsy’ on Canasta’s part, but the result is, in my opinion, one of the greatest magical performances EVER to grace our screens.

I’d encourage any magician to watch all of the videos in the series I just linked to (parts 1 through 3 in their entirety) for a masterclass in audience management, plus a whole range of incredible effects.

So now you know a little more about who we’re dealing with here, shall we explore his history a little together?

Chan Canasta is undoubtedly one of the most influential mentalists of all time, his work has inspired magicians for centuries and his performances are still mystifying to a modern-day audience. He was a self-proclaimed psycho-magician, perceptionist and mentalist, but never referred to himself as a magician.

He used cards and books as props but the real magic was never within them but inside the man’s remarkable mind.

His father was a Polish-Jew educator and tragically much of his family were killed in the Holocaust. When he was 17 he started at Krakow University with a degree in philosophy and natural sciences after which he left for Jerusalem to study physcology.

At the start of World War Two he volunteered to join the British Royal Air Force seeing action in the Western Desert, North Africa, Greece and Italy and finally became a British citizen in 1947.

After his time in the army he began a deep study of the occult and started to perform what he had learnt to entertain friends. Not satisfied with the limits of card magic he began rigorous mental training that allowed him quick memorization which he incorporated into his magic with great success.

In the 1950s/60s Canasta made multiple appearances on a TV show with the BBC, one of which is the one I linked to previously. It was sparse with only a few audience members and props that made up the majority of his performances. However throughout his career he made over 350 television appearances.

All that aside, let’s get into the juicy stuff…his performances.

Canasta like many mentalists attempted to take his image away from magic and towards ‘experimental mind manipulation.’

This trend was very much ‘ahead of its time’ in Canasta’s day, although it has sprung up again in the 21st century with performers like Derren Brown taking it to new heights.

For instance, some of his tricks consisted of putting out a deck and asking a spectator to pick the card another person was thinking of or having someone think of a card and pick it from another deck that was completely untouched.

He was a master of both the ‘Classic Force’ (a move that utilized sleight of hand) and ‘Psychological Forces’ (forces that work without explicit sleight of hand through suggestion and persuasion psychology.)

Personally one of the things that I admire most about the man is his attitude towards his performances, many a time they would fail on live television. This ‘real’ magic made his audiences love him all the more as when his tricks succeeded it gave them perhaps even more weight.

Here’s an example of one of his performances:

As a perceptive magician might be able to spot, in this performance, Canasta makes an absolutely fabulous ‘recovery’ on the spot. His nerves under pressure are absolutely steel! That’s made even more impressive by the fact that this Chan hadn’t appeared on T.V. for a number of years before this surprise performance!

It’s practically criminal that there aren’t more books dedicated to discussing Canasta and his groundbreaking work. The best book I’ve ever read on Canasta’s work is a volume by David Britland named ‘A Remarkable Man’.

This book analyses each of Canasta’s effects and performances, and helps you get a glimpse inside the genius of this performer.

Although it’s very hard to find a print copy of this book, you can grab a digital version at Lybray at this link.

In summary, Canasta is a legend of the mentalism world for a reason. His tricks were legendary, in the public’s eye he managed to maintain a persona of performing ‘real magic,’ and truly all you have to do is watch him perform to know what all the hype is about.

So go on, get on YouTube and get inspired by Chan Canasta.