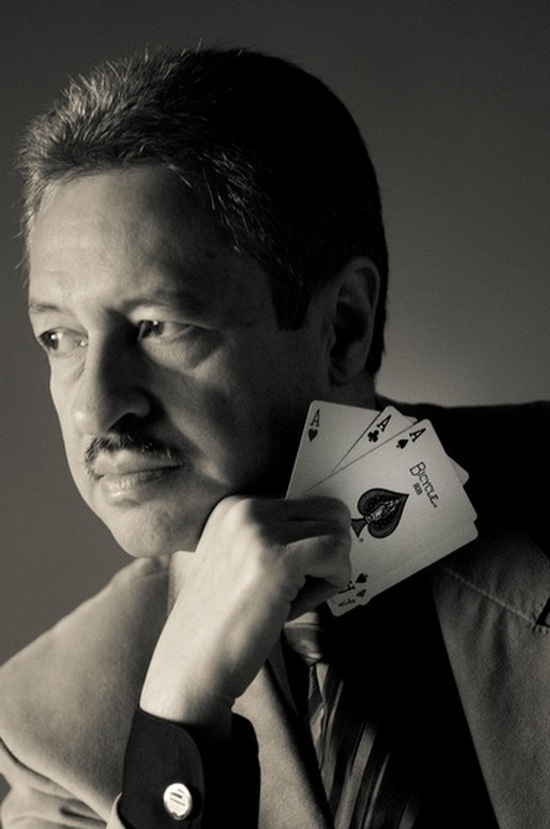 “The fact that a trick fooled you is not enough reason to perform it.”

“Most magicians are nothing more than laymen with rabbits on their business cards.”

“Audiences are not easily fooled, but they are easily confused.”

“The key to spontaneous wit is an unburdened mind.”

Some pretty incredible quotes huh? Number Four is the one that really got to me, I wonder how much it’s true and how I can apply it better, I will certainly be trying to unburden my mind so to speak more in the future.

You probably already know this but… All of these quotes come from one person! The legend who goes by the name of Darwin Ortiz.

Well, if you’ve read one of these before you always know how I like to begin, with a little history lesson…

Where did Darwin Ortiz come from?

Well, Darwin Ortiz was born and raised not far from me in New York City, where he developed a keen interest in card tricks during his childhood. In 1974, he dropped out of NYU Law School and pursued card magic full-time. (Pretty crazy move, but lucky for us that he was that crazy!)

During that time he had a pretty crazy way of making money!

Ortiz is a contemporary and close friend of the influential US coin magician, David Roth, but he was initially mentored by the seminal British/US close-up performer, Derek Dingle.

Later in life, Ortiz became a consultant to a number of casinos in the United States, Europe, Africa, UK, and Australia, he was also a regularly featured presenter for a succession of years at the World Gaming Congress in Nevada. 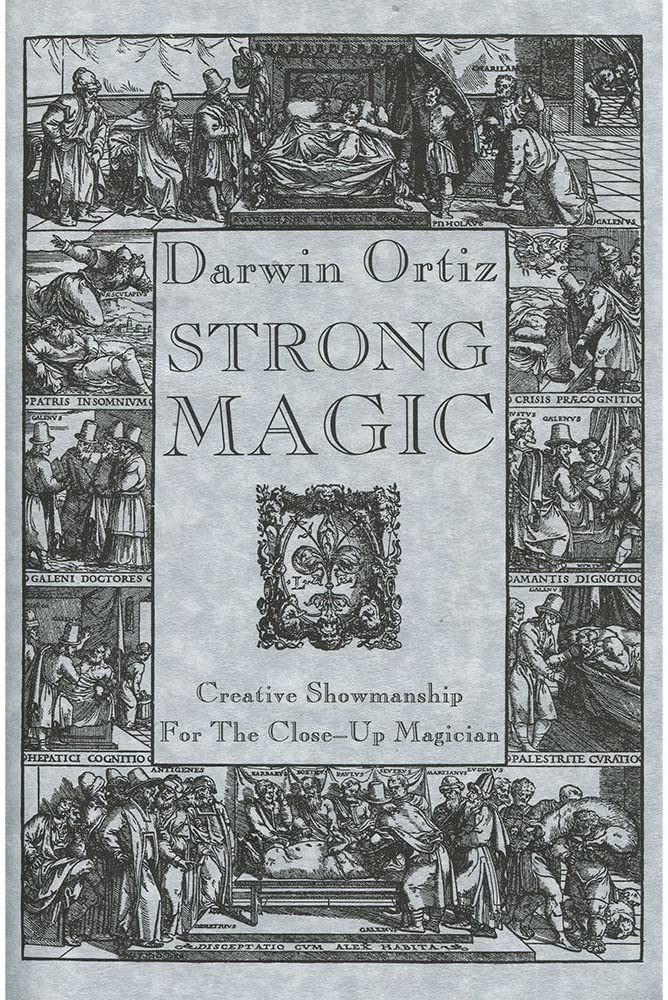 Ortiz is the author of many books on gambling and magic and is particularly respected for his written contributions to the theory of magic. A quote from Vanishing Inc Magic states, “Darwin Ortiz is unparalleled in his theoretical writings. His two theory books, Designing Miracles, and Strong Magic are, in our estimation, some of the most important writings on magic written in the last two decades.”

Here I must add that strong magic is perhaps the best-written book on magic there is! Personally, at The Daily Magician, it’s always on the bookshelf in our office, so we can ‘waste’ as much time as possible reading it!

His book Strong Magic focuses on practical presentational techniques for close-up magicians. The book now has been broadly embraced by the professional and amateur magic community but you might be surprised to know that initially it was met with negative reviews from the two major US trade publications MAGIC and Genii.  However, the demand for the book has been high and still is, despite the initial inability of the original publisher to reprint the text.

Ortiz’s second book is actually based on magic theory, Designing Miracles is an exposition on the design of powerful magical effects and is subtitled Creating the Illusion of Impossibility. The book posits and analyzes various theories regarding the perception and cognition of lay audiences and provides practical examples and advice on the construction of effects, aimed at maximizing their impact and deceptiveness to a lay audience.

The most recent book published with Darwin Ortiz’s original routines was Lessons in Card Mastery.

Other titles by Darwin Ortiz include:

My opinions of Darwin Ortiz

I already know this might ruffle a few feathers, so if you’re easily offended, maybe pick up Genii instead…

One of my favorite magicians, authors, and all-round creative powerhouses is a man named Darwin Ortiz.

If you look him up on Instagram, you won’t find much.

But don’t let that fool you.

Many of the magicians you DO see filling up your feed owe much of their success to this man.

His two books on magic theory were a game-changing contribution to the art, and he helped popularise many of the effects, ideas and techniques you see on a daily basis.

He’s also one of the most skilled ‘card mechanics’ alive, repeatedly hired by big casinos for consulting.

Make no mistake—he’s one of the most skilled card handlers of all time.

But the real reason he’s so respected is that he understands something that so many modern magicians don’t.

(Frankly, it’s not about the method at all.)

In his books, he encourages you to ‘detach’ yourself from your favorite moves and methods. None of that matters. All that matters is the impact and effect experienced by the audience.

So many up & coming magicians are total ‘move monkeys,’ constantly sharing new tweaks and techniques. There’s nothing wrong with that in itself…but the danger comes in thinking that all you need to be a good magician is the individual moves and skills.

Don’t get me wrong:

But it’s not sufficient.

You need well-routined effects, presentation, and a deep understanding of what makes powerful magic.

All of which is brilliantly explained by Darwin himself in his ‘At the Table’ lecture.

In this clip, Darwin Ortiz puts a pretty awesome twist on a magic routine you might all be quite familiar with. Note his storytelling with heightens anticipation and of course the incredible sleight of hand tangled with a description of poker!

I always love to see magicians do an ambitious card routine, this one again is done with a nice little nod to gambling and casinos! I can follow it all the way until the last move, so please feel free to discuss it in the comments below.

Here’s the last one for you! Hope you enjoy it!

Darwin Ortiz is certainly one of the most influential magicians of our time, creating such classic books people would have thought they were written many years ago. He adds insights and knowledge to the magic scene which has changed how conjurors think forever.

If you’re looking to up your magic game or learn more about how to perform, studying this man is certainly a great place to start! Thank you Darwin Ortiz!