Dice Magic Tricks are some of the most unique and interesting effects in magic, but what are the BEST dice magic tricks?

This is a guest post from a fellow fan of dice magic that should help answer this question. I hope you enjoy it! 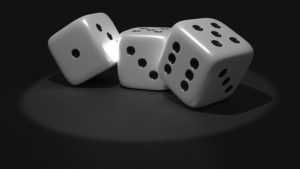 I love dice magic! Here’s a list of the top 5 dice magic tricks available right now, in my opinion… 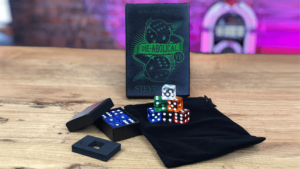 Die-Abolical is one of the best dice magic trick(s) you should try. The package of the Die-Abolical V5 includes the following:

Die-Abolical is one of the well-known magic creations of Steve Cook. Different versions of the plot have been released over the last couple of years. With each passing version, the audience gets to be more fascinated. V5 is probably the most exciting one.

In this magic trick, you’ll allow your audience to choose from six colored dice. You’ll then vividly demonstrate to them that you’ve predicted that particular choice from the very beginning.

Also, you can perform Max Maven’s Kurotsuke routine by utilizing the four blue colored dice, a red one, and a bag that is sold alongside the Die-Abolical set. 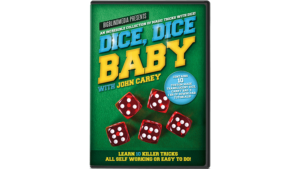 This die magic trick works based on imagination. You’ll take out four dice. Place a purse nearby as well. The colors of the dice you use for this trick may include: yellow, red, blue, and green.

Then request them to imagine the other two are fading away. Request them again to imagine giving a color back. The volunteer may decide to give the color blue and retain the red die in their imagination.

The Roll by Chris Congreave is practical. Easy to do. It basically involves the use of deck cards and some dice. In this magic trick, you’re shown a deck of cards with blue colors at the back. There is one that stands out among the cards with red color with the inscription ‘You will roll.’ 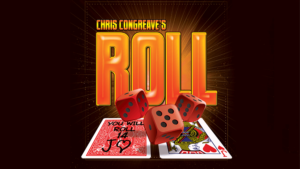 Participants may range from between 1-3 persons. You may decide to go with 3 participants, for instance. Hand them a die each and request them to roll. The number they roll out will determine how many cards you’ll place face down on the table. You begin to count from the top of the deck to the bottom.

Then you identify the prediction card in the deck and gently disclose the number they would roll out.

The Three Dice Guessing Trick involved the use of dice and mathematical knowledge. To demonstrate this trick, call a volunteer and give them three dice. Give them also a pen and a paper. You can give them a calculator if they aren’t great with numbers.

Request that they roll the three dice. Let them do it in such a way that you wouldn’t see the numbers. You can either back them or ask them to cover dice with a throwing cup. After that, request them to follow the simple steps below so that you’ll guess the numbers thrown. Let’s say the number on the dice thrown are 3, 6, and 2, for instance, then;

Diceman is one of the best magic tricks that do not need any form of setup. The pack is very portable, so you can perform the trick wherever you maybe. All you require to perform this magic trick is two dice.

Diceman also provides performers with sufficient powerful effects. They can perform the entire-close upset with these two dice.

There is no fraudulent or underhand activity when performing Diceman. Every member of the audience will see everything you’re doing. Also, as you perform this magic trick, the spots on the dice will alter, move, metamorphose, and also transpose. 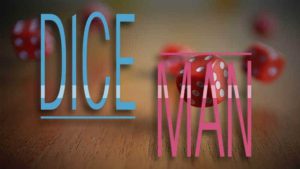 Diceman can be performed with no difficult sleight-of-hand. You’re able also to make the die vanish, shrink, or appear. Also, for the audience to be certain of the genuineness of this trick, they’ll be near enough to witness it.

To Wrap It Up

No matter the choice of dice magic trick you opt for, it will be an amazing experience for you. Your audience is also certain to be wowed by the performance you’re going to render. All you’ve got to do is to play by the rules, and you’ll get instant results.

So…there you have it. The top 5 dice magic tricks available right now. I hope you enjoyed this guest post! Feel free to leave a comment with any questions you might have. Or, if you too would like to submit a guest post, just get in touch with me at benji@thedailymagician.com!

Thanks for reading! CLICK HERE to check out more magic reviews.