Today we’re going to explore a rather niche, but fun part of the magic world! That of Egg Magic tricks! Now I have to admit when starting my research for this article I was slightly underwhelmed at the title.

However, as time has gone on, I found some tricks that will blow not only your mind but those of your friends as well!

So, let’s begin our egg-cellent journey through the world of egg magic! (I promise that’ll be the only pun…)

P.S. I saved the very best egg trick to last, so check out number 4 on this list if you’re in a hurry. 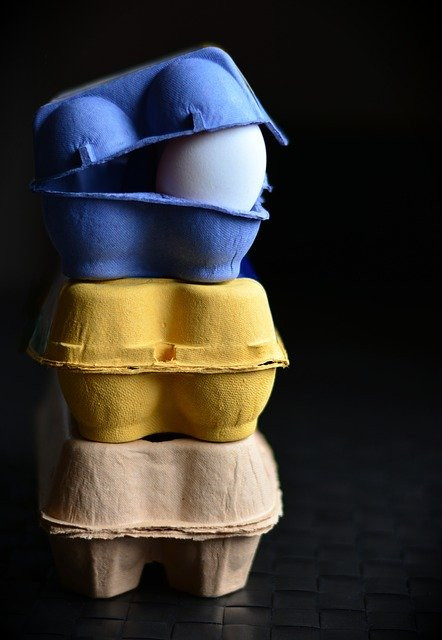 Now, perhaps you didn’t know this but eggs are actually far stronger than they look, this little scientific fact is going to get you one huge reaction!

One great trick is to take an egg from a carton and show it to the audience, then you can proceed to smash the egg anywhere you like! (Perhaps with some pretense that you had made the egg invincible.)

After it breaks you can feign your disappointment.

Then you up the stakes!

You can tell the audience that this time you’re going to walk on the two egg cartons (a lot like many magicians walk on broken glass) they’ll be shocked at your courage and I’m sure excited to see you fail!

Only to be amazed as you walk over the two cartons without breaking a single egg!

Please do try this at home kids.

The next trick is one of the oldest in the book! It uses what is known as a silicone egg, you might have seen one of these if you ever bought a cheap magic set, they sell in toy shops. However, this trick plays somewhat on that well-known cheap magic gimmick!

The trick works on a basic concept- you have a fake egg with a small hole in the back. You show said fake egg to the audience (hiding the hole). You then put the egg in your hand and produce a ribbon – or fabric- from your pocket. You then feed said ribbon into the hole you’ve hidden since the start making it look as if you’re pushing the ribbon into the egg. (Yes, I know that’s a lot of eggs in one paragraph.)

However, there is a difference with this version of the trick! Whilst the egg has the usual hole in the top, which allows space for any sort of fabric to be funneled inside, it also has another compartment! This compartment you can fill with an actual egg yolk. Once the trick is finished and spectators are left to puzzle over how you just fit ribbon inside an egg. You can take the gimmick egg slamming it against the table; shielding most of the egg from view while opening the second compartment into a cup (the egg coming in half) making it look as if the egg were real the entire time.

Yeah… Not my finest work.

This trick makes you look as if you can do the impossible and you’ll be happy to know: anyone can do it. All you need is salt and an egg!

Next, introduce your unsuspecting victims to the egg- they’ll think at first that it’s an easy feat to balance the egg! After all, you just did it right in front of them however once just give them the egg they’ll find it’s much harder than they thought. (Make sure to sweet all residual salt away as you hand the egg to them!)

The egg bag is one of the oldest, and BEST tricks in magic.

The actual performance of the trick is a little complicated to get into here but I’ll explain for you the basic concept.

You show your audience a regular looking bag, which appears empty. You turn the bag inside out and show that there’s nothing in now either. But then you reach into the bag and out of nowhere pull an egg! This moment will astonish any audience.

You then take the egg, put it in a bag- smash the bag around, turn it inside out and the egg has vanished! Then after a moment you bring the egg right back- much to the horror and surprise of your audience.

Where can you learn the egg bag?

The egg bag is taught at online magic club and training site Conjuror Community. You must be a member in order to use this training, but the good news is – using the link below, you can get a full month of Conjuror Community for just $1!

Once you’re a member, use this link to learn the egg bag.

Well everyone! Those were our top four egg magic tricks, we hope you enjoy them and fool plenty of friends and maybe enemies too.

Have an egg-tastic rest of your day…

Yeah, I kind of ran out of puns…