“Magic is the sole science not accepted by scientists because they can’t understand it”- Harry Houdini.

Houdini’s first great onstage water escape was The Milk Can. A Houdini original act, the milk can is one of the magician’s best-known magic tricks. Handcuffed and sealed inside oversized milk can filled with water, failure to escape meant drowning.

He would then escape while concealed inside a curtain cabinet. As part of the effect, Houdini invited members of the audience to hold their breath along with him while he was inside the can.

Later performances featured the milk can locked inside a chained or padlocked wooden chest, because the plain old milk can trick apparently wasn’t dangerous enough.

Want to learn all the secrets about Houdini’s first onstage water performance?

That’s great because Houdini’s Milk Can Escape is an absolute classic, and is most certainly, the stuff of legends.

In today’s post, I’ll walk you through how the act was performed and reveal the secrets behind it. 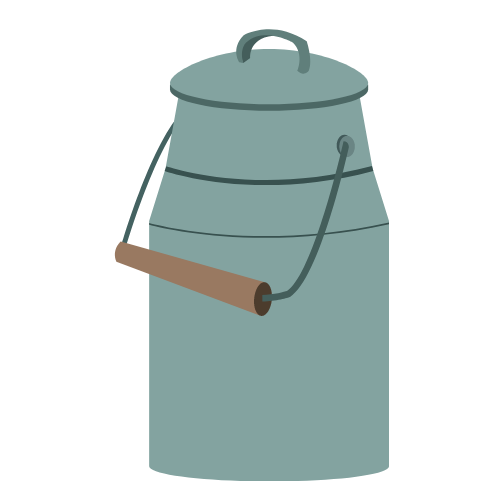 In Houdini’s day shipping milk in these large metal barrels was commonplace. So milk cans weren’t out of the ordinary. However, attempting to escape from one filled with water was quite an unthinkable act.

As always, let’s go over what exactly this famous routine really is. Picture this:

Houdini is about to perform one of his most famous escapes. The one promoted with the slogan: “Failure means a drowning death.”

Houdini displays a large milk can that’s been filled with water.

His assistants remove the lid and Houdini is given a few moments to steal his courage, as the danger of the act means that Houdini’s life is on the line (I mean when isn’t it).

The suspense and anticipation grow…

Houdini then, with some difficulty, squeezes himself into the can of water.

It’s a tight fit but he manages to fit his arms inside and force himself down.

The water cascades onto the floor. It’s real and wet.

Houdini’s body is completely immersed in the water save for his head poking out the top.

Houdini will take a few deep breaths before plunging all the way into the can.

Initially, he’ll test his ability by trying to hold his breath in this very intimidating can.

His assistants now place the metal lid on top.

Houdini is doing a test run of his lung power only to see how long he can last once he’s really locked inside.

It appears that’s all he can take. His assistants remove the lid and Houdini is happy to be breathing again.

After a moment of meditation, he would say, “I will now hold my breath much longer.”

The extra hard-ware he will now receive for the escape will make it even more death-defying.

Houdini willingly holds out his wrists for a pair of regulation police handcuffs.

Since he was known as the Handcuff King this is only fitting.

Note: The lid is returned to its position and this time – the assistants secure it with heavy-duty padlocks.

A small curtain was placed around it, to protect the secret to his illusion (which remains a secret to this day, despite being able to give it a good guess).

Then the clock would start ticking.

After a minute almost everybody in the audience couldn’t hold their breath.

After two minutes the sceptics were scared.

At the three minute mark, the theatre manager would come out with an axe in his hand looking very confused as if this had never happened before.

But of course, it happened every night, the same exact way.

This is Houdini’s brilliance.

We can learn from his orchestration of plays and playing with our emotions.

At the four-minute mark everybody in the audience was shouting “Mercy. Mercy. Mercy for Mr Houdini”, and just as the manager was about to break open the can with an axe…

Houdini would emerge from the curtain soaking wet to thunderous applause.

Even though Houdini wasn’t claiming to be real Sir Arther Conan Doyle and other spiritualists at the time actually attributed it to the supernatural skills that would allow him to melt through the side. That’s what spurred on that phase of his career.

A Little Background On The Milk Can Escape 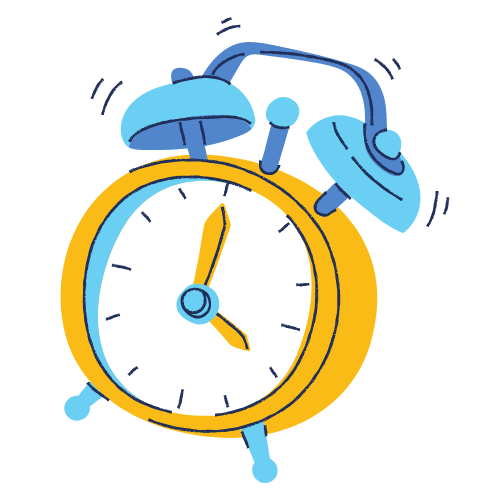 Houdini was largely known for his escapes, but truthfully most of his escapes were publicity stunts.

They were done outside in harbours, to get people to come to his magic shows. So this is why he would be seen upside down with a straight jacket or doing underwater escape bridge jumps.

To bring the major escapes to the stage.

The Milk Can was the one that he brought. He would go inside the can so only his head emerged. What he did next was brilliant.

Let me tell you a simple escapology fact.

Houdini wasn’t really respected by his peers for his skills and magic. But he was a brilliant promoter and a brilliant presenter.

So what he did was this: He would say to everybody in the audience. “I have here the biggest stopwatch in the world.” He would bring out a big clock and would say. “I want all of you to help me warm up my lungs by holding your breath for a minute with me.”

He would get everybody in the audience to hold their breath and the timer would start, the moment he submerged himself into the can. Everybody tries to hold their breath. 30 seconds go by and they learn it’s hard. Houdini comes up after a minute and now the performance is set up for amazement.

To be cliche…He’s building a bond of empathy and understanding to the audience by giving them the opportunity to put themselves in his shoes in a safe environment.

Fun Fact: In some cities, Houdini accepted challenges to escape from the can after it had been filled with beer by a local brewery. It was during one of these challenges that he had his only mishap when he passed out because of the fumes.

So how did Houdini escape before drowning in the milk can?

We technically don’t know exactly how he did it but we know how other magicians who mimicked the milk can escape. Our guess is that Houdini did the same or something very similar.

First, the handcuffs Houdini used looked solid but had been specially rigged to pop open in an instant. Cuffs like these are almost always used in underwater escapes to minimise the risk of danger.

When Houdini first plunges into the can, he displaces a lot of water leaving more room in the can for air to breathe. In actuality, Houdini has plenty of escape to move freely. He’s a good actor.

When he is submerged and the lid is placed on top, it’s not as quite as bad as it sounds.

The lid actually has a domed shaped top (like most milk cans back then) which gives Houdini some extra room to reach up and take a breath whenever he needs to.

On the second time around, as I mentioned Houdini’s wrists are shackled with handcuffs. They’ll be good for drama, but not dangerous for him.

What about the lid being locked into place with real padlocks that never get opened?

They don’t have to. Because the neck of the can is surrounded by a false collar held on by these pathetically little rivets.

The assistant removes the rivets when they are attached to the locks.

Next, the curtain is raised.

Houdini surprisingly cannot see through metal, so it makes his escape timing all the more impressive. I’m not sure how or when he knew it would be ok to open the lid. What do you think?

The lid and collar can be easily removed for Houdini as the curtain is drawn up.

He simply pushes up on the lid and it effortlessly pops off locks and all.

All he has to do now is climb out of the can. Once he’s outside he replaces the lid and stands next to the can waiting to make his miraculous appearance.

The act is complete. 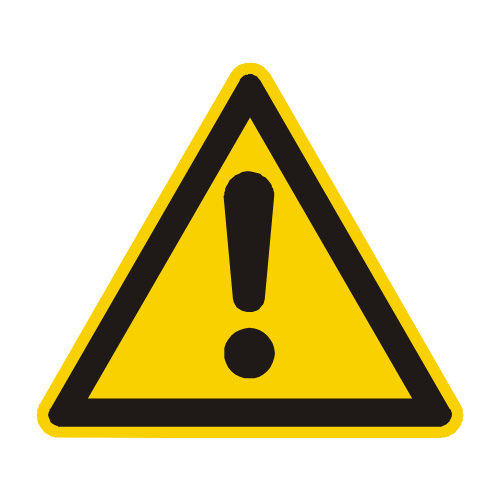 Despite giving you the secrets, which we assume Houdini used to perform this trick. It was still incredibly dangerous.

Experienced divers would find it terrifying to hold their breath handcuffed and locked inside a cold steel can…full of water.

Try holding your breath again and imagine that you’ve got no way.

Not so easy is it?

We know Houdini wasn’t injured ever in the performance of this trick but fate can’t say the same about a man named Genesta.

A Houdini imitator (a dangerous job) attempted to escape the milk can escape in 1930. Four years after Houdini’s death.

But what Genesta didn’t know is that as his crew was unloading the can. They dropped it. We assume Houdini did it with a trap door lid. But we know for certain that Genesta did.

As I said before, the lid, even when locked, was capable of being escaped through. But when the crew dented the can.

They stopped the method of escape.

Unfortunately, Genesta didn’t know this until he was underwater. Inside the can, with the padlock locked.

It took his wife who was watching the trick from the wings, three minutes…before she had realised something had gone wrong.

She ushered all the assistants in to help unlock the can, but of course, remember…the way the trick is supposed to work means they never have to unlock the padlocks.

But they couldn’t remember which keys went to which locks. So they got mixed up and they lost another precious minute. By the time they unlocked the can and opened the lid Genesta lived only long enough to hear the explanation of how he had been killed.

Don’t try this at home (not that you have large milk can handy anyway). It’s important to remember that even world-class magicians like Genesta can suffer tragic fates from these death-defying performances. Escapology is an extreme branch of magic.

P.S. If I’ve spiked your curiosity on this escape then I recommend you go check “Houdini’s Milk Can Escapes”

Simeon manages the website, Ambitious With Cards, with the same love a mother gives to her child...Fun Fact: Benji has never ethically beaten him in a tennis match.