Juan Tamariz is a legend in the magic scene. You’re probably here because you’ve heard of his book, The Magic Way, and you want to figure out if it’s really all that it’s cracked up to be.

Here’s the short version of this article:

But seriously, in this article, I want to quickly go over a couple of talking points about the book and my overall thoughts.

First things first, what’s up with that cover?

Before I read it, I was always confused by this design adorning the front cover of Juan Tamariz’ excellent ‘The Magic Way’… 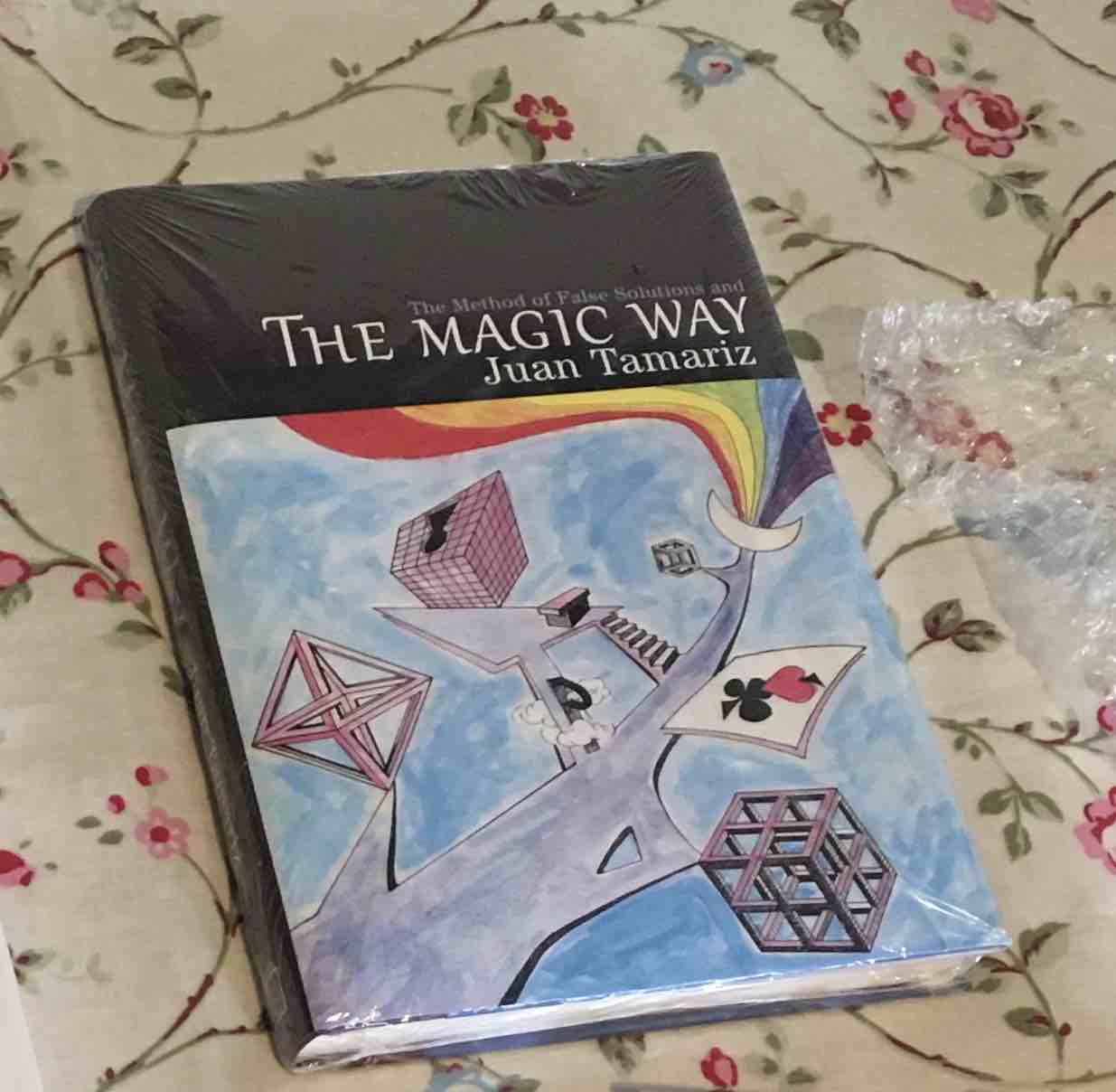 It’s pretty trippy to look at.

Indeed, I even saw one magician remark after reading some of Tamariz’ work:

“I’ve learned that Mr. Tamariz is definitely into LSD”

While I believe this was a purposefully and wildly exaggerated claim (although who am I to rule it out?) let me assure this magician and all others like him that there IS a ‘method to the madness’.

And once you discover that method, boy are you in for a ride.

In this case, the cover you see about is actually a diagramed graph explaining Juan’s devious method of ‘False Solutions and The Magic Way’

Far from being a piece of abstract art, it’s a beautiful illustration literally embedded with principles firmly embedded in experience and reason—about as far as you can get from LSD.

Therefore, it reveals a far more important lesson than just ‘don’t judge a book by its cover.’

Juan actually uses it to break down an entire theory of magic in meticulous detail and near-mathematical precision. The secrets he reveals will allow any performer to take a routine they perform and instantly ‘10X’ the reactions they’re getting from it.

All with a ‘trippy painting.’

For me, the book is split up into two sections…

Section 2: Juan shows you the theory in action

Let’s take them in that order…

Juan’s landmark theory is called ‘The Theory of False Solutions’, and he explains it in the first section of the book.

On an episode of our podcast, Of Sleights and Men, we had a guest on named Alice Pailhès. She’s a scientist who studies the psychology of misdirection. When we were talking to her, we discussed the fact that the research lab she studies with, The Magic Lab, has actually conducted a scientific study into the theory of false solutions.

I asked them if they were familiar with Juan’s work, and she told me they were. In fact, they came up with the idea for this study AFTER reading Juan’s work.

Juan, who is not a scientist, was able to simply ‘intuit’ his way to this theory – which has since been verified and backed up by a genuine scientific study.

Overall, the theory of false solutions is an absolutely excellent addition to the overall realm of magic theory. For me, magic theory can often be hard to ‘gauge.’ Often, stuff sounds good on paper, but you don’t know if that will translate into the real world.

Fortunately, that’s when Juan comes along and spends the rest of the book showing you how this theory actually works in practice…

Section 2: Juan shows you the theory in action

For the remainder of the book, Juan shows you how one could use this theory to gradually strengthen an Oil and Water routine.

If you’re a fan of the Oil and Water routine, you’re in luck – because Juan is going to teach you what must be nearly 20 different methods.

But if you’re not a fan of Oil and Water, don’t worry.

The real value here is seeing HOW Juan applies his theory to a real effect. By observing how he does it, and his commentary, you’ll discover how to apply the same theory to your own magic.

That’s the real value of this section…although, as I said, if you like Oil and Water, that’s a nice bonus.

Much can be said about this book, but I think that’s a good introduction.

And honestly, I can’t say much more than just ‘go get this book and read it!’

You can do so at the affiliate link below…

I hope you enjoyed this review!

Leave a comment below if you have any other thoughts or insights about Juan Tamariz and The Magic Way that you’d like to see added to this article.