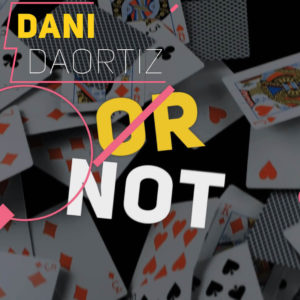 Or Not by Dani DaOrtiz is an incredible trick at an insanely low price.

In this magic review I’m going to be breaking down what exactly this trick involves, and why it is such a great pick for any magician.

Product: Or Not by Dani DaOrtiz

I thought I’d start this review by making it clear that I’m a little bit biased.

I LOVE Dani DaOrtiz! I mean, how could you not?

The Spanish magician is an absolute comedic genius, as well as a master of misdirection and timing.

This trick, Or Not, is a perfect example of how Dani DaOrtiz works.

First things first, here’s a video of Dani performing this. Take notes- this is how a great magician works!

You might have a few questions after watching that. I know I did!

Firstly, how on earth is that trick easy? It looks like some crazy sleight of hand must be going on, right?

Is this trick full of super hard sleight of hand?

Nope. I’m happy to say that there is ZERO sleight of hand involved in this trick. I can also say that this trick doesn’t even use any gimmicks or trick decks. You can pull this effect off with simply a regular standard deck of 52 cards. 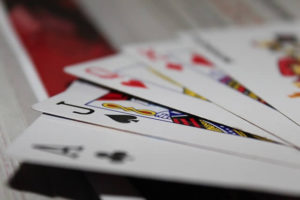 The hardest part of this trick is in fact the audience management skills you will need to develop. You have to be very good at controlling your spectators; I don’t mean Derren Brown level manipulation, I just mean being able to get them to do what you ask them to, exactly the way you ask.

If that sounds confusing to you, don’t worry. You’ll understand what I mean once you learn the ‘secret’ to this great trick.

Once you know what’s going on, I would definitely advise you rewatch the video just to appreciate how good Dani is, and how flawlessly he slips in the moves that allow him to guess the cards.

What actually IS Or Not?

Or Not is a magic trick that involves the magician being able to guess the exact cards picked out by the audience, even though the spectators have been holding the deck the entire time! 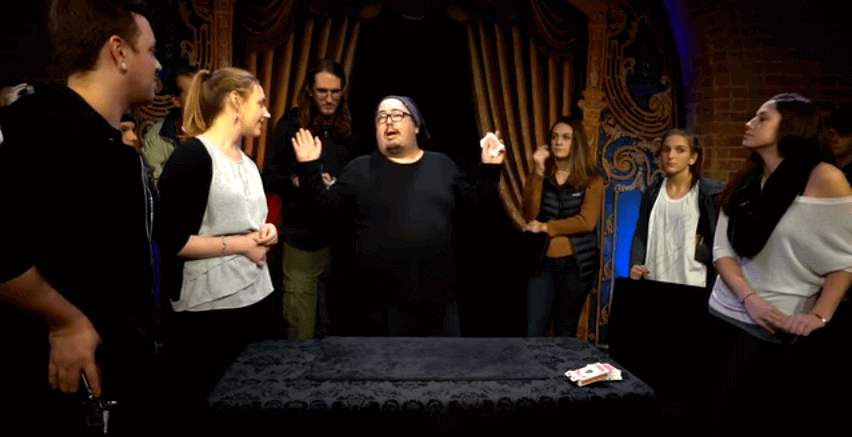 The magician starts out by handing the spectator the cards, and turning his back so he can’t see them. He asks the spectator to mix the deck up by placing a random number of cards from the bottom to the top, or vice versa, and then giving the cards a cut. He can do this for as long as he wants until the spectator is happy!

Now, he asks them to pick either the top card or the bottom card, look at it, and place it face down in the middle of the deck. They repeat this as many times as they want; which is usually until they have selected around three cards.

At this point, the spectator seals the cards inside the box; so there’s absolutely no way the magician can know.

The magician thinks otherwise! He thinks for a moment, and then names a card. He does this a few times until he has named three cards (or however many were chosen).

The deck is opened, and the cards spread out. The magician removes the three selected cards (that are face down in the deck) and turns them over one by one. Impossibly, the magician is spot on; every card he named shows up.

If you got lost along the way or didn’t understand any of that, don’t worry about it! Just refer back to the video of Dani DaOrtiz performing this trick to see what it actually looks like in practice.

Let’s talk about the price…

A few of you might have mixed feelings about buying this trick.

$9.95? That’s enough for almost 10 whole hamburgers! Why should I get this trick instead?

Well, I bought this trick for $9.95 around a year ago. I’ve used it loads since, and every single time I’ve had incredible reactions. People just LOVE this trick; so much so that I feel like I’ve been repaid ten times over.

I tend to use this trick as a closer; once I’ve warmed people up with one or two more simple tricks. It has never let me down! It’s one of those where you are practically GUARANTEED reactions.

Plus, the beauty of this trick is that it will work on magicians too! In the magic community, there’s a lot of buzz about ‘magician foolers’, which are essentially tricks that fool magicians just as bad as regular spectators.

How hard is it? 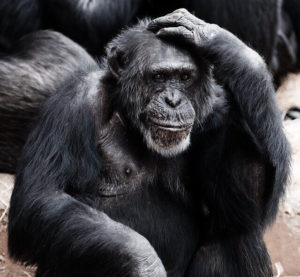 This is the best bit…

Or Not is one of the easiest tricks I use. It’s such a nice feeling to be able to completely relax from stressing out over tough sleights and moves and just focus on selling the performance of the trick itself.

There is ONE difficult aspect to the trick that you’ll have to master before you’re ready to show it off to the world, and even that isn’t actually a physical move or sleight- it’s more a mental skill (e.g memory).

Once you have this part of the effect mastered you’ll see that the potential of the trick is almost unlimitled. You could hand your audience a deck, walk into a separate room and do the trick over the phone. I once tried that exact method, but the connection was too poor! Oh well.

In my eyes, there is only ONE negative about this trick. The deck can’t be borrowed; it needs to be your own. That doesn’t mean it’s a trick deck, just that it wouldn’t be possible to achieve this effect without a little bit of ‘preparation’. However, if you get that stuff sorted before the actual trick starts you’re good to go!

How long will I need to practice this trick before I’m ready to show my friends?

That’s a tough question. The reason is that this effect is one of those unusual ones where you will most likely be able to do it nine times out of ten on your own and without any kind of pressure or stress….

…BUT, when people roll up and watch you, the added stress makes it a little harder to do the mental work required. But to be honest, this isn’t too much of a problem once you get used to it. It took me a few days of practice until I was ready, but if you’re confident enough then in theory you could try it the minute you learn how!

Who is Dani DaOrtiz? 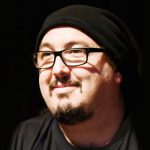 Dani DaOrtiz is a Spanish magician who studied under Juan Tamariz and has become well-known for his superb use of misdirection and psychological forces within his card magic.

If you enjoyed the video of Dani then you will definitely also enjoy watching Juan Tamariz and another similar magician named Lennart Green. All of these guys are incredibly skilled magicians that are able to create a ‘clumsy’ persona within their performances.

If you want to learn more from Dani DaOrtiz I would recommend buying his Penguin Live Lecture. There’s actually three of these available, but you will definitely learn a ton even if you just watch one.

For me, the live lectures are better value for money then just buying a trick. Why’s that?

Well, when you buy a trick you get just that. A single trick (although probably a really good one too). When you buy a lecture, you not only get a bunch of tricks, but you also get incredibly valuable insights and advice from the magicians themselves.

You’ll learn all about timing, performance, and little tips and tricks that these guys have picked up over the years to turn them into the professionals they are today!

Or Not is a classic example of how Dani is able to make an easy trick appear MUCH harder thanks to the way he structures his performance. If you watched the video, you’ll have noticed how he often uses jokes before key moments. This might just look Dani being Dani but it’s a great tool that enables him better control of his audience.

Where is the best place to buy Or Not?

At the moment, I think Or Not is only available on Penguin Magic. Luckily, it is a download so it can be bought from anywhere in the world without worrying about shipping or additional costs. As I mentioned, the price is just under ten dollars.

You get complete access to the trick the minute you pay for it, meaning you can start learning instantly.

What do other magicians have to say about this trick?

The reviews on Penguin Magic (written by magicians) are overwhelmingly positive, with an 87% of users rating it 5 stars.

The main points of discussion are:

– How clever the trick is (how the method actually works)

– The simplicity of it

– The memory skill required (only really a problem for people with very bad short term memory, otherwise easy for all)

– Accent. Apparently a few people had issues completely understanding everything Dani said due to the accent. I personally didn’t notice this!

Would I recommend this product, and who to?

First of all, it’s a huge YES from me. This is one of my favorite tricks, ever, and I know you guys are going to love it. However, I would avoid recommending this trick to absolute beginners (although chances are, if you know who Dani DaOrtiz is, you’re probably not a beginner!).

The reason for that is simply due to the fact that although this trick is easy, there are WAY easier tricks out there to get you started. Plus, you can learn these for free. If you enjoy them, feel free to come back here later and buy this product.

But for magicians with a bit of experience, if you aren’t currently using Or Not, you’re missing out! This simple trick gets better reactions then most of the difficult ones I do. Along with Cube 3, it’s one of my ‘go-to’ tricks for routines.

I hope you found this article useful in reaching a decision! If you did, feel free to share it with your friends using the social icons just to your left.

Do you still have any questions about Or Not, Dani DaOrtiz, or any other magic related topic? Please do go ahead and post them in the comments section below and I’ll be sure to get back to you within 24 hours!