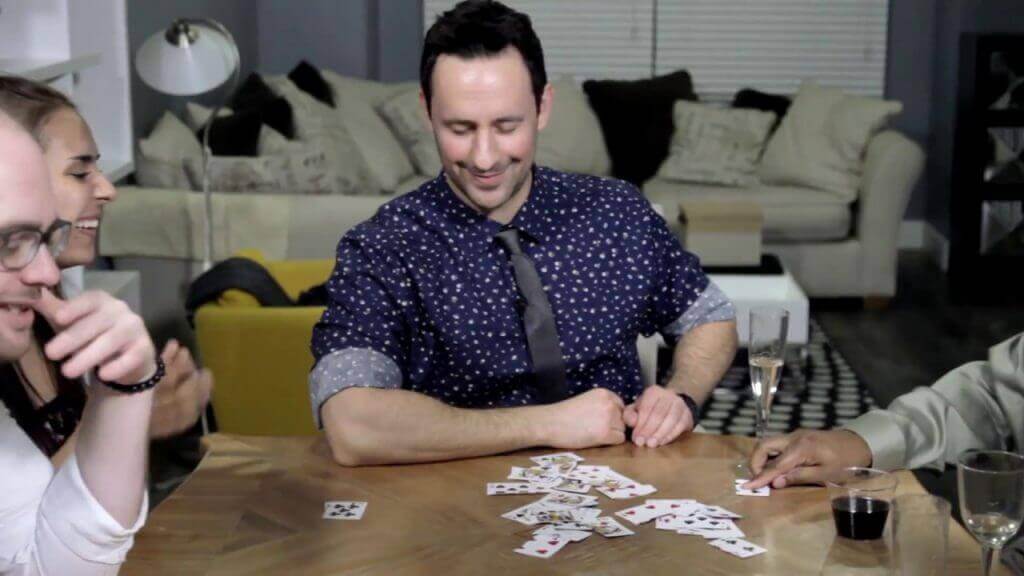 Binary Code is a memory demonstration that is closer to a miracle! With little memory skill, learn how to memorize an ENTIRE DECK of playing cards!

This trick is an incredibly impressive one when done correctly, but done wrong it can be a colossal flop. The only difference between whether it flops or impresses is down to how much you practice it.

So, if you practice enough with this trick, you have a guaranteed winner on your hands!

Today I’ll be explaining what Binary Code is, how hard it is, where YOU can learn it and my personal opinion.

PLUS, read to the end for my ultimate step by step guide to learning magic!

What is Binary Code?

The name sounds confusing, but in all reality the Binary Code card trick is a fairly simple one. The magician takes out a deck of cards, and after briefly explaining the difficulties of trying to memorize all 52 of them, he instead removes just twelve cards.

He lets the spectator mix and shuffle the 12 cards in any way they please, and then glances through them once, apparently memorizing the order. He then turns the cards over so no one can see the faces and starts separating the cards into two piles. 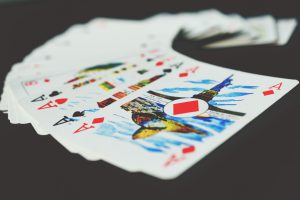 When he turns the cards back over, it is revealed that he has managed to separate the black cards from the red, proving that he really had memorized them.

At this point, the spectators may think to themselves that all the magician has done is a simple memory trick.

This would be true- 12 cards isn’t that impressive. But the magician knows this, so now he says that he will attempt to memorize the full deck instead.

He slowly looks through the deck once, memorizing all the cards and their order. After he has done this, he allows the spectator to mix the order up a little, trying to keep it in his head.

Now, in a show of impossible memory skill, the magician begins to separate the cards once again into piles of black and red. He slowly works through all the cards in the deck, and it seems unlikely that he has succeeded.

Once he has finished, he invites the spectator to turn the cards over, one by one. Sure enough, against all odds, the magician has managed to separate every single card into red and black piles. There is no other explanation than that the magician has other-worldly memory skills.

This trick was created by Rick Lax, and was performed on TV in front of Penn and Teller. Watch the clip to get a better feel for what the trick looks like in action:

Is this as hard as it looks?

Binary Code is not quite as difficult as it appears to be, but it is definitely by no means an easy trick. I struggled with Binary Code for a long time before I was able to perform it well.

As you can see, the trick itself is very impressive, but in order to get to this level you will need a lot of practice. The trick itself doesn’t require too much preparation, but the technique used definitely will. Even if you’re not actually memorizing the whole deck, you’re still exercising a bit of mental power.

How much practice will it take?

That’s a really difficult question to answer- it all depends on the individual. I would say, as a general rule, you’ll want to practice Binary Code for between 1 to 2 weeks, maybe once a day.

That way you should create muscle memory and really just get the routine down to a point. Definitely do not attempt to perform Binary Code until you are certain you can pull it off in a high pressure environment, because it is one thing to be able to do the mental juggling this trick requires in practice, and something completely else in a performance.

Try performing Binary Code to a family member or friend who won’t mind if you mess up; this should give you a good idea of whether you have the trick rehearsed enough to do it whilst interacting with an audience.

The mistake I made was believing that since I could do it alone, I could do it in public, but if you’re not careful and lose focus you may have to start over.

With this slight caution aside, I would still definitely recommend Binary Code; if you can master the techniques it requires than you will mystify and stump even the most skeptical of your audience! Whilst Binary Code is definitely much harder than tricks like the Invisible Deck or even Cube 3, it is still definitely achievable with a little practice…

If you have any further questions about Binary Code feel free to leave them below and I will get back to you! If you came here because you’re interested in learning more magic, check out some of my other magic trick reviews.