Scott Alexander is a familiar face to most professional magicians around the world. That’s because his products are almost all ‘professional standard’ magic. But here’s the problem: there’s a LOT of Scott Alexander Magic out there. It can be hard to know where to start – and which effects are the most essential.

Well, in this blog post I’m going to breakdown my ‘Top Scott Alexander Magic’ products…and then show you a secret method to get almost ALL of Scott’s best magic for only one dollar! Stick around to the end for that.

How to learn the best Scott Alexander magic for just $1

First, who is Scott Alexander?

Scott Alexander is one of the most respected names in magic. He’s a creator and performer of the highest standard. He’s been on shows like America’s Got Talent, Penn and Teller Fool Us, the Oprah Winfrey show and more. Scott also had a run on the Las Vegas Strip at Ceaser Palace, where he made over four thousand performances over seven years. His shows combine large scale illusions with close up comedy magic – there’s always something for everyone. 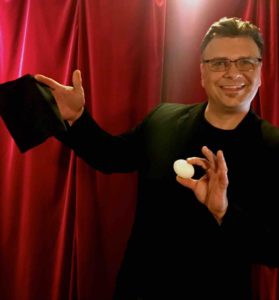 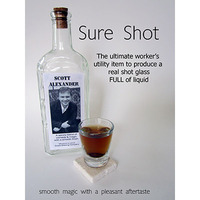 The idea of producing an object inside an apparently empty bag isn’t a new one – but what is new is how Scott has combined this classic magic trick with a unique premise…producing a full shot glass inside an empty bag.

Watch this video to see Scott performing ‘Sure Shot’…

This trick is available from Scott’s magic shop, but if you wait around until the end I’ll show you how you can get the best of Scott’s magic for just $1…

You hand a regular notepad to your audience, asking each member to write down a number. Once the pad finds it way across the room, you give the pad to the last spectator to add up all the numbers that have been written down.

They read out the total (for example, 2455) and you reveal that you had a prediction inside your pocket all along. You unfold the prediction and reveal it to be a perfect match (you’ve written ‘2455’ in black pen on it).

It’s a very strong effect, and it’s done by using something called an ‘Add-A-Number Pad.’

The ‘Add-A-Number Pad’ is a classic prop for mentalists, but recently Scott Alexander released his very own ‘Bias Pad’, which takes all the things you love about the regular ‘Add-A-Number’ pads and takes it to the next level.

Instead of relying on a regular notepad, the Bias Pad enables you to perform the routine using a pad of sticky notes. In addition, Scott has constructed this product in such a way that the audience do ALL the work for you.

The Bias Pad fits in your pocket, and once you’re prepared it’s as easy as simply handing it out to your audience. It’s a great addition to any mentalist’s range.


This prop is available from most magic shops, but if you stick around I’ll show you how you can get the best of Scott’s magic for just $1!

The Color Monte is a classic of card magic. It’s a simple trick involving three cards and a story – but it never fails to astonish audiences with its twists, turns and awesome kicker ending.

Most magicians believe the Color Monte is a ‘near perfect’ trick…but Scott Alexander’s Color Monte PRO manages to up it to the next level.

Well, during the Color Monte’s regular performance, there’s ONE move that’s a little ‘clunky’. It’s definitely the only part of the routine that most magicians struggle to perform. Scott’s version completely frees you up from that ‘clunky’ move – turning a ‘near perfect’ trick into a ‘perfect’ one.

You can buy Color Monte PRO from most magic shops, but if you stick around I’m about to show you how you can get the best of Scott Alexander’s magic for just $1…

How to learn the best Scott Alexander magic for just $1

Last month, Scott Alexander took part in an online webinar lecture with the magic company ‘Conjuror Community’. In this epic lecture that reached almost three hours, he revealed the secrets behind his very best magic and gave detailed teaching on it. 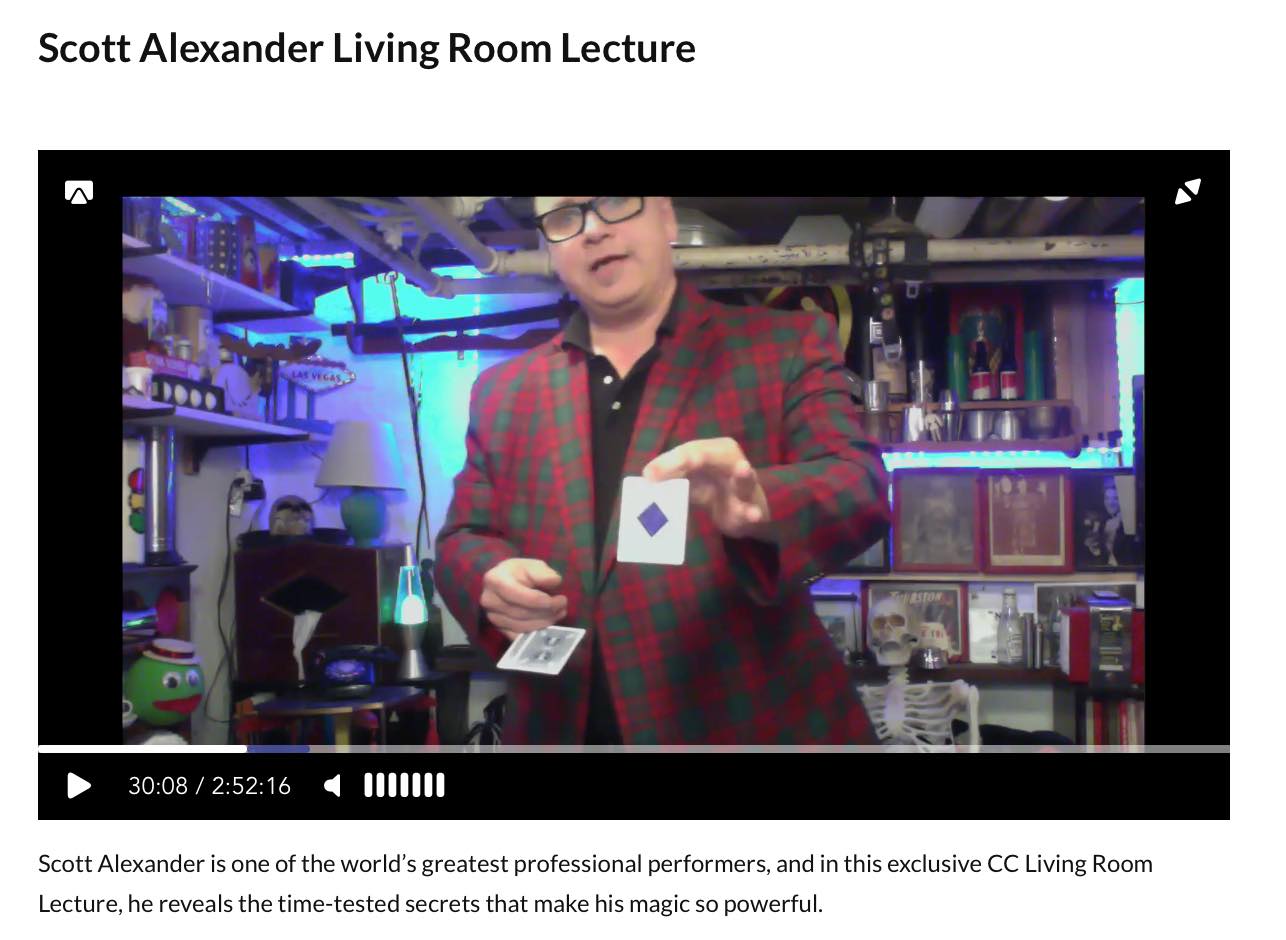 Only Conjuror Community members can see the lecture.

Using the link below, you can become a member of Conjuror Community for just $1.

Once you’re inside, not only will you get immediate access to the Scott Alexander lecture, you’ll get over 100 other lectures, 40+ ‘mini masterclass’ clips, access to a private Facebook group of top magicians, and much more!

I hope you enjoyed this brief discussion of Scott Alexander and his magic. Please let me know if you have any further questions about Scott Alexander’s work and how to get your hands on it – I’ll be happy to reply if you leave a comment down below. Thanks for reading!