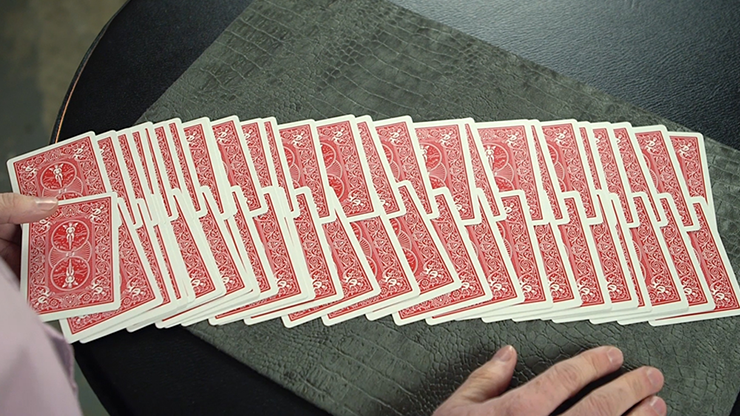 My Introduction to The Faro Shuffle

The Faro Shuffle is perhaps one of the most underused yet amazing principles every discovered by magicians! And today I’m going to break it down for you, and in a way (and I’m willing to bet my reputation on this) you’ve never heard it described before.

So first, a story:

If you ever THINK you’ve invented something original in card magic, chances are…

Ed Marlo got there first.

Or, at least, that’s what I’d heard other magicians say.

But I didn’t think that could actually be the case.

(Surely Marlo didn’t think of EVERYTHING?)

That all changed on a lazy May afternoon.

I’d been hard at work putting together a ‘member newsletter’ for Conjuror Community. Or at least, I was meant to be.

Truth was, I’d wrote half the email and then got sidetracked by something absolutely fascinating to me:

More specifically, the fact that 8 perfect faros would return a deck of cards to its original order.

For me, this fact was mind-blowing.

Why didn’t I see this discussed more?? And why weren’t more magicians doing stuff with this??

I decided to try a little experiment.

I figured a cool effect might be to have someone call out any ‘Four of a Kind’ and be able to cut the deck and display those exact four cards together.

My thinking was that I’d start with the deck arranged into 13 Four of a Kinds—from all 4 Aces together to all 4 Kings.

Then, I’d give the deck 8 faro shuffles in front of the audience. To them, it would look like I was hopelessly mixing the deck…but in reality, I would end the shuffling right back where I started, with all the values arranged in Four of a Kinds.

(as they examined the four cards, I would give the deck a REAL shuffle

Out of curiosity, I decided to take a look at what the cards would look like during each of those 8 faro shuffles.

What I discovered blew my mind.

Now, yes, I know: I already used that phrase.

But this time, I mean it in the sense of ‘it blew my mind so hard that I stayed up in my room experimenting with it, without even eating, for the remainder of the morning and most of the afternoon.’

That kinda ‘blew my mind.’ 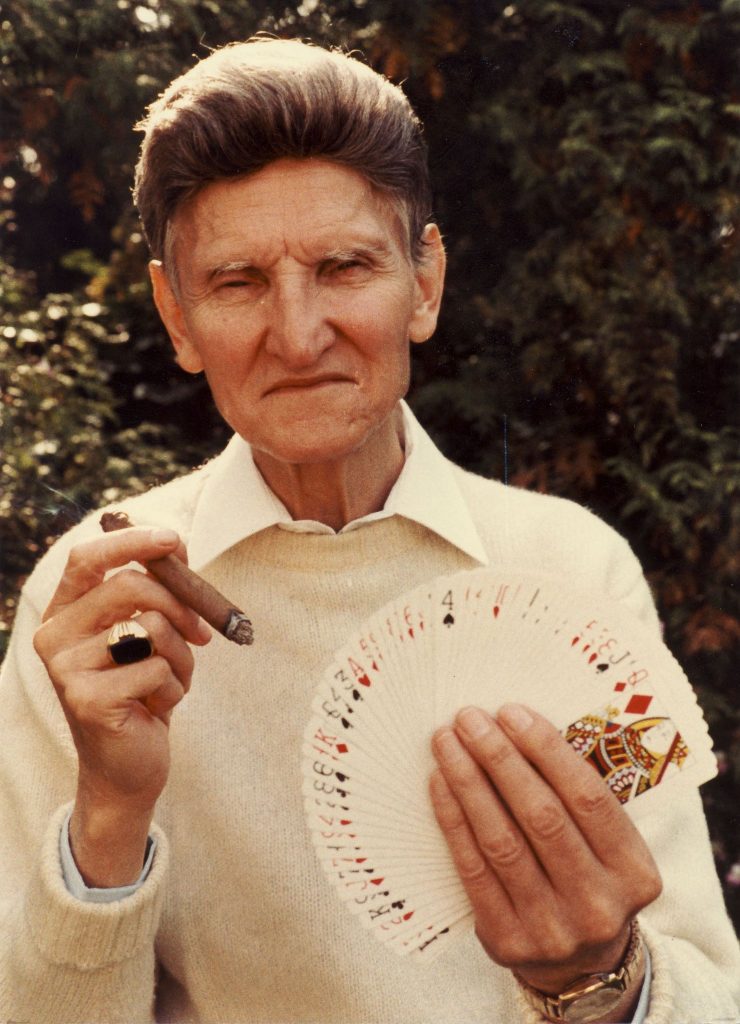 What I discovered about the faro shuffle (Marlo got there first)

After the first faro:

Each card in the set of four is separated by one. Interesting.

After the second faro:

Each card in the set of four is separated by 3 cards. Extra interesting.

After the third faro:

After the fourth faro:

Looks pretty shuffled except the reds and blacks are separated in blocks of three.

After the fifth faro:

The odds and evens are separated. Well, that’s kinda neat!

After the sixth faro:

The deck is in order, ace through king, for each suit.

(That’s the sound of my mind exploding.)

After the seventh faro:

The reds and blacks are separated.

After the eighth faro:

Back where we started, with all of the Four of a Kinds lined up.

As I saw these, my mind was starting to race with ideas for possible effects that I could perform at each stage. Each time I shuffled, I could perform a stunning effect utilising the setups offered to me by the deck. 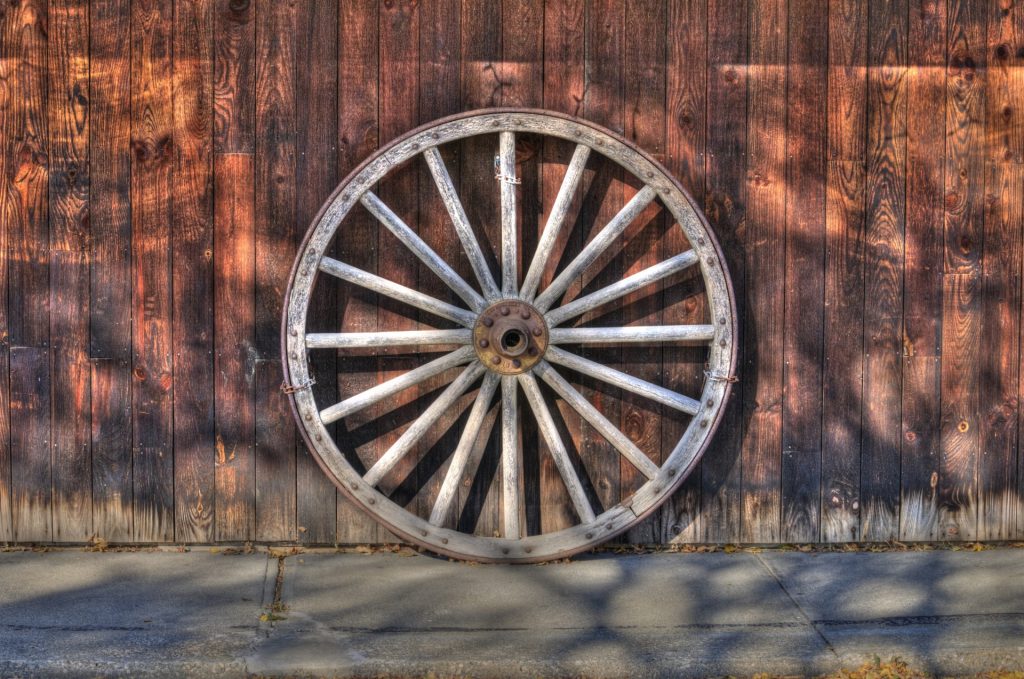 My exploration of the ‘faro wheel’

After this stunning discovery, I decided I should probably check and make sure no one else had already discussed this idea.

I decided the most likely place I’d find anything like this would be in Mnemonica.

Sure enough, after a little bit of digging, I saw that Tamariz discusses a similar concept on page 169.

In this section, Juan describes how the idea of a ‘faro wheel’ can be paired with Mnemonica for great results.

I was a little disappointed that I wasn’t the only person to have thought of this, but at the same time, it was pretty cool to hear that I’d had a similar idea (although nowhere near as in-depth) as the one Juan discusses and heaps praise on in the book. This idea, as discussed in Mnemonica, seems to originate with Luis Garcia.

But, I told myself, perhaps it’s still a pretty ‘underground’ thing.

I figured I still had a shot at impressing other magicians with it.

So, when I was next on a call with Aaron Fisher and Adam Grace, I excitedly raised the topic.

Here we go, I told myself.

“I’m about to rock their world.”

As I explained to them my earth-shattering discovery, here’s what happened:

And then he said, and I’m paraphrasing here (but only a little)…

With a sinking feeling, I realized:

Marlo DID think of everything.

(Well, in this case…Marlo, Tamariz, and Luis Garcia.)

But you get the idea.

Well, like any good student, I did what they told me to do. I read Faro Notes. I realized Marlo really was ahead of his time in regard to this stuff.

My ingenious new discovery was not quite so new, or as much a discovery, as I’d assumed.

However, the good news, once I got over the initial disappointment, was that since other people had played with the idea, there were a bunch of awesome ideas and notes written up on it that enabled me to develop my own ideas to a much greater level.

The end result of all of this was a deep conviction that the Faro Shuffle is quite possibly the most powerful (but underused) tool in a mem-deck performer’s arsenal.

A bold claim, but as we get into this stuff, I think you’ll see why…

The simple explanation of the faro wheel that I just gave you for FREE is but a taste of all the amazing things I figured out that you could do with it.

And if you don’t want to spend the next few years TRAPPED in the appendix of one old magic book after the other than you’re going to want to take my course (The Skyscraper Method) I promise you if you’ve enjoyed anything on this page so far, then you’re going to love all it has to offer you.

To find out more secrets that will blow you away simply follow the link below:

Well, that’s it for the faro shuffle! Hope you enjoyed!