The Stranger by Jonathan Levit was one of the most exciting releases of 2019, and I was lucky enough to get my hands on the app and try it out myself. But it’s also pretty expensive, so you should definitely read this full review before buying! In this blog post I’m going to give you a complete review of The Stranger App, including:

What Is The Stranger?

Watch the official video trailer for The Stranger here:

As you can see…it’s really as good as it sounds. You’ll notice that this trailer (unlike most magic trailers) isn’t full of cuts and effects – for the most part, it’s just Jonathan performing The Stranger. That’s because this trick is so good, it hardly needs any embellishment. It (in more ways than one) speaks for itself.

Is The Stranger worth it?

This is the big question. Nobody can deny it’s a very powerful effect, but is it worth $150? 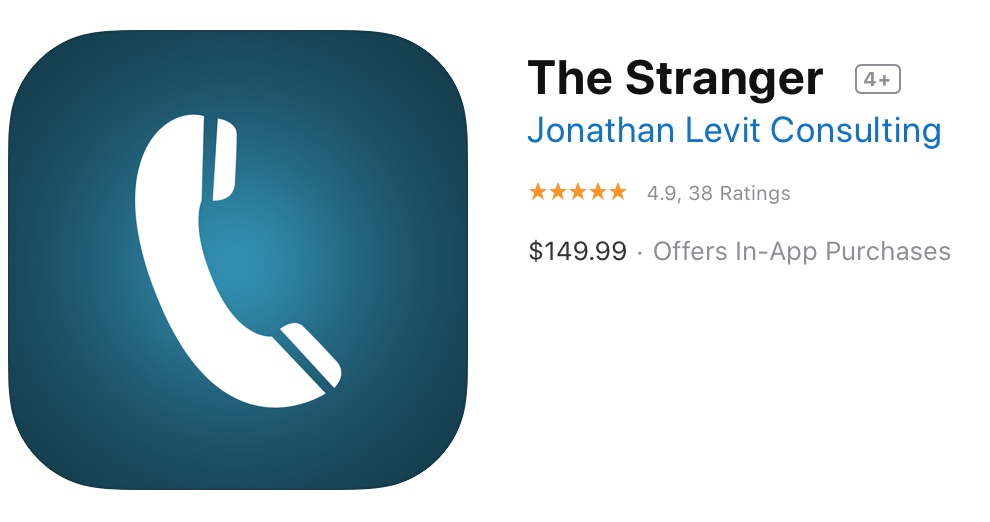 For me, it absolutely is. But everyone’s situation is different. Some of you may buy this effect, and never get round to ‘figuring it out’ and properly using it. In that case, it would definitely have been a waste of money. But if you’re going to add this effect to your regular rotation of effects, the sheer power of the reactions you’ll see when you pull this out is enough to justify the cost. When your audience listen to a STRANGER, that THEY called, tell them THEIR thought-of card…they FREAK out.

It’s a rare moment of real magic. And when I look at it like that…how could it not be worth it?

If you want to know for sure if The Stranger is right for you, be sure to stick around – I’m about to show you how you can figure out for certain if it’s up your street, without paying $150 first.

So, this is a great trick. That being said – it isn’t perfect. Read on to hear the negatives to it that you should be aware of before you buy.

Are there any negatives to The Stranger?

Like any magic release, there are always a few flaws to this trick. However, to the creator Jonathan Levit’s credit, he’s very active at helping out the community of Stranger users to get the most out of it. If you run into any issues I don’t cover, he’ll definitely be happy to help you out.

The Stranger only really works if you’re a resident of the United States. This is a pretty big deal, but don’t worry! Mr Levit is working hard to put together an ‘international version’ of The Stranger that will release at some point in early 2020. In fact, by the time you’re reading this…the international version may well be Live! If that’s the case – awesome!

As of the last I knew, The Stranger is only available to iOS users. Again, Mr Levit is working hard to solve this – but for now it looks like it’s iPhone only. If you’re really passionate about performing The Stranger, but are currently on Android, you could consider investing in a low-priced older model iPhone. You can get these old models for pretty respectable prices, and as long as you can get the latest iOS working on it, you should be good to go. You can use this iPhone for your performances – your audience won’t know that it’s not your actual phone!

IMPORTANT TO KNOW: Only works on your own phone

I won’t label this one a ‘drawback’, because it really isn’t an issue – but it’s important to clear up any misconceptions. The Stranger is an iOS app, which means you can only perform the effect with the phone on which the app has been downloaded. But I’m sure most of you knew that already.

There you have it – my thoughts on The Stranger, including what it is, whether it’s worth it, and the drawbacks to it.

Now, BEFORE YOU BUY, you should read this to find out how to know if The Stranger is right for you…

BEFORE YOU BUY: How to know for certain if The Stranger is right for you.

The Stranger was launched by magic company Conjuror Community. Well, you can actually watch an ‘all access’ webinar with Jonathan Levit and the Conjuror Community team where they discuss the intricate details and inner workings of what makes The Stranger so powerful. Jonathan goes through everything you need to know about the app, including the method, subtleties and tips on making it work for you.

If you’re not sure whether you’re willing to drop so much money on a magic app, you should definitely check out this webinar. Once you see how this trick works (and the genius behind it) you can be much more confident that you’re making the right decision when you decide whether or not to buy. 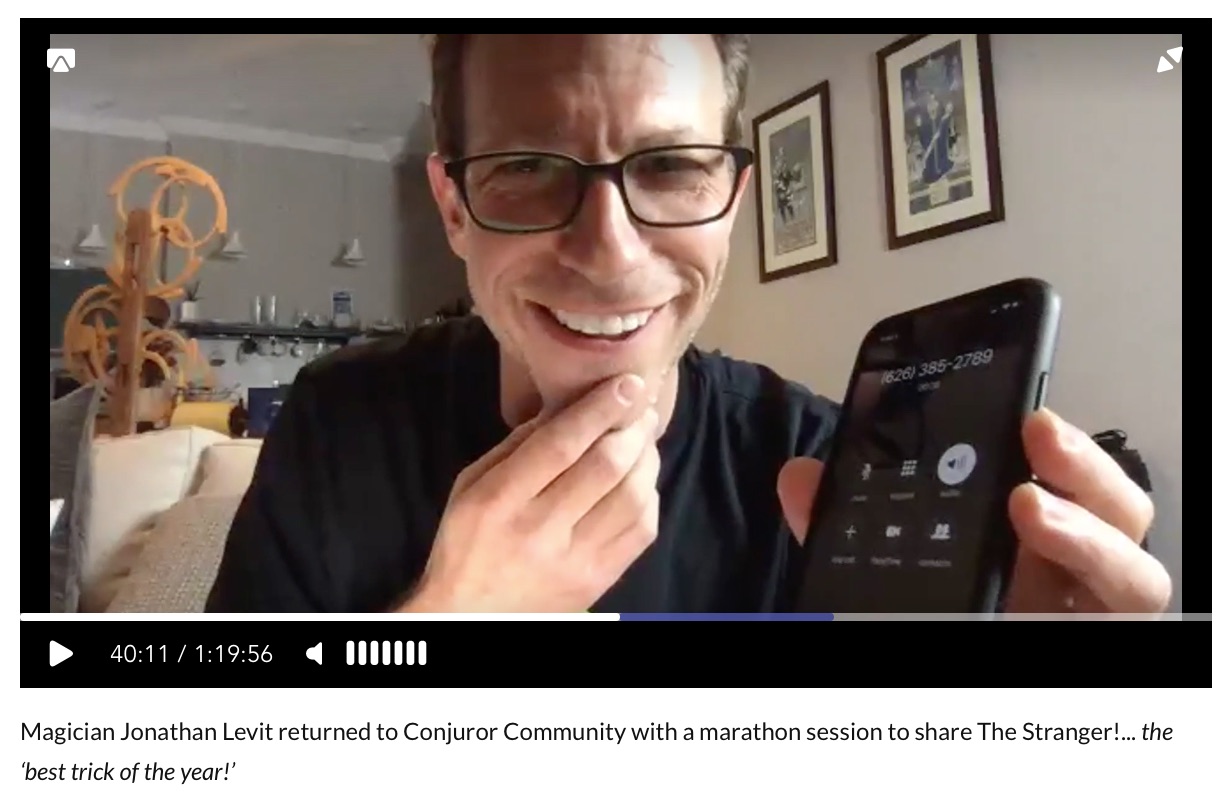 How do I watch the webinar?

All you need to do is sign up to Conjuror Community. Once you’ve made an account, you can find the Jonathan Levit ‘The Stranger’ event in your library of webinars. Conjuror Community, in addition to launching magic tricks like The Stranger, are an online magic club that hosts weekly webinars with magicians (like this one with Jonathan Levit). So not only are you getting access to an ‘all access’ discussion of The Stranger, you’re getting access to exclusive lectures from magicians like Nathan Kranzo, Lee Asher and Scott Alexander.

Usually it costs $38.60 to become a CC Member, but by using the link below you can get your first month for just $1!

If you’re about to pay $150 for a trick, it’s almost a ‘no brainer’ to spend just $1 extra first and check out whether The Stranger is something you really want to buy.

I hope you enjoyed this blog post! Feel free to let me know if you have any questions, and I’ll get back to you when you leave a comment below.