There are so many different types of magic that it can be intimidating for a beginner magician who doesn’t know what to pick. What is the best type of magic?

Should you become a stage magician, that performs grand illusions like making helicopters appear, or a mentalist that can read the every thought of his audience, or an escapologist like Houdini himself, or even just your good old card magician, impressing your spectators with pure sleight of hand?

The possibilities really are endless, and so today I will be helping break down what the different styles of magic require, how they differ from each other, and ultimately, whether they are right for you. Once you’ve chosen your style, find out how to learn the actual magic here!

It seems fitting that we should begin this list with what is generally the most visually impressive and breathtaking form of magic. This form of magic was popularized in the 1800s by performers like Jean Eugène Robert-Houdin and Harry Houdini, and today is most recognizable as the work of magicians such as David Copperfield.

This form of magic is generally characterized by grand illusions and the use of female assistants (although this has changed in recent years), and often it is more of a ‘spectacle’ than in interaction, unlike other types of magic.

Stage magicians need to be confident and bold in order for their showmanship to really sell their magic. They need to have an in depth understanding of the different tricks, and know what can go wrong and how to counter these difficulties.

If you want to become a stage magician, it will definitely take longer than other types of magic. As you can imagine, stage magic props cost a lot, so it takes a long time to build up your repertoire.

For this reason, many amateurs instead decide to pursue card magic; all you really need is a pack of cards, which is almost infinitely cheaper than your average stage magic prop.

If you are unable to dedicate a lot of money to it, I would refrain from going down the avenue of stage magic as a beginning, and instead just working on your stage presence and act through cheaper yet equally impressive alternatives, until you are ready to commit to stage magic.

Who hasn’t binge watched Derren Brown on a Sunday evening? If that kind of magic appeals to you, mentalism should be right up your street. 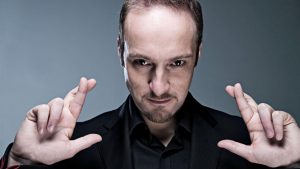 Mentalism is one of the most ‘mysterious’ forms of magic, because it relies mostly on the mind rather than anything physical. Although mediums and fortune-tellers have always existed, mentalism took a while to reach the public as a form of entertainment.

Uri Geller, the Israeli illusionist, was one of those who helped capture the imagination of the world on the subject. Mentalism has been developed over the years by people like Banachek, Max Maven and Tony Corinda. The classic ‘look’ of mentalism involves tricks like spoon-bending,

Getting going with mentalism is a lot easier financially than stage magic. With only the purchase of 13 Steps to mentalism, you would have enough knowledge to perform a full show worth of magic. It really can be that simple.

The most difficult part of mentalism is just the sheer amount of practice you will have to undergo to be able to achieve many of the effects.

If you are serious about mentalism and mind reading, you won’t be able to achieve instant results like you might be able to with a trick deck of cards. But the benefit of this is that when you do get to the level where you can perform mind reading tricks, the sheer reactions and impact it will have on people is incredible! 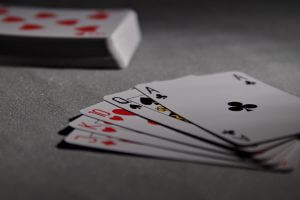 Card magic is my personal favorite of all the many types of magic, because of its endless opportunity for different effects and above all, how fun it is. There’s nothing quite like mastering sleight of hand techniques and then using them.

There is a real sense of reward within this style of magic; what you put in, you get out.

If you spend the time practicing, you can be sure to blow minds with gorgeous cardistry and boggling magic. It should also be noted that card magic can be incorporated into both other styles of magic- stage magicians and mentalists alike all have dabbled with card magic in their time! It is possibly the most flexible style of magic.

Interested in learning more about card magic? I have written quite a few posts detailing some good starting points:

If you can’t decide which style of magic sounds best, click here for info on how to try out all of them!

I hope this article was useful, and if you have any questions feel free to leave them down in the comments below!