Timon Krause is a magician I will always be a BIG fan of.

I’ll tell you in a moment, but first…

Timon is a mentalist, magician, and philosophy student from Germany. He’s rose to international renown among magicians since his appearance on Penn and Teller: Fool Us, and the subsequent release of his book ‘Which Hand: Method and Philosophy.’

In 2020, he’s also started adding more content to his YouTube channel, including a range of ‘virtual mentalism’ videos.

That’s useful to know, but why am I such a big fan?

Let me tell you a story that might help explain things:

Way back when in 2018, a mentalist named Timon Krause appeared on the hit show ‘Penn and Teller: Fool Us’ with a simple but stunning routine that went something like this:

Alyson (the show host) was handed a coin.

Timon asked her to place the coin in either hand, without letting him influence her.

He then proceeded to guess exactly which hand she’d placed it in.

Which was why everyone in the audience ‘leaned in’ as he repeated the same effect—Alyson hiding the coin, Timon guessing it correctly.

2 out of 2 isn’t bad, but it’s still not a knockout effect—which is why Timon proceeded to repeat the effect AGAIN.

3 out of 3 is pretty respectable. Surely he’s not going to push 4?

Timon managed to guess the correct hand 4 times in a row. Each time he did, he deconstructed exactly how he ‘influenced’ her to make the choice he wanted.

And to top it all off, he opened a prediction he’d had handy before the effect began—on which he’d predicted Alyson’s EXACT choices.

They loved it even more when it completely stumped Penn and Teller, earning Timon a ‘Fooler’ trophy.

That might have been the end of the story, until THIS happened…

In the summer of 2019, Timon decided to do magicians around the world a huge favour by releasing a book on this effect (titled ‘Which Hand: Method and Philosophy’).

This was to be a ‘limited run’ of 500 signed copies, going live in July.

The book was a smash hit, selling out within a couple of days.

Immediately people started clamoring for an extra reprint or practically throwing money at the lucky few that got in on time—to no avail.

I myself was a little slow on the uptake for this book too, and was pretty annoyed I’d missed out.

MindFX, the producers of this book, announced they had a few spare copies lying around that they held back on the first round. These books would be made available and it would be a ‘first come first served’ type of thing.

Boy, you can bet I was glued to that cart page all day, waiting for it to go live.

When it did, I flew through the order form like lighting and grabbed a copy.

The remaining copies were sold out in mere MINUTES.

Fortunately, I’d got in just in time. 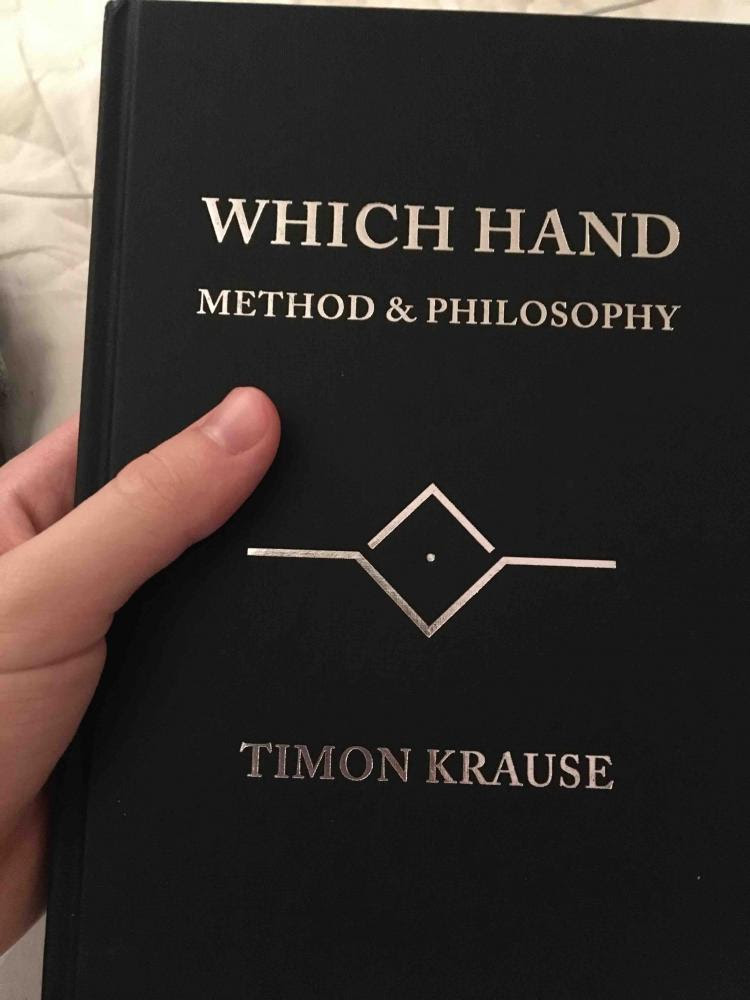 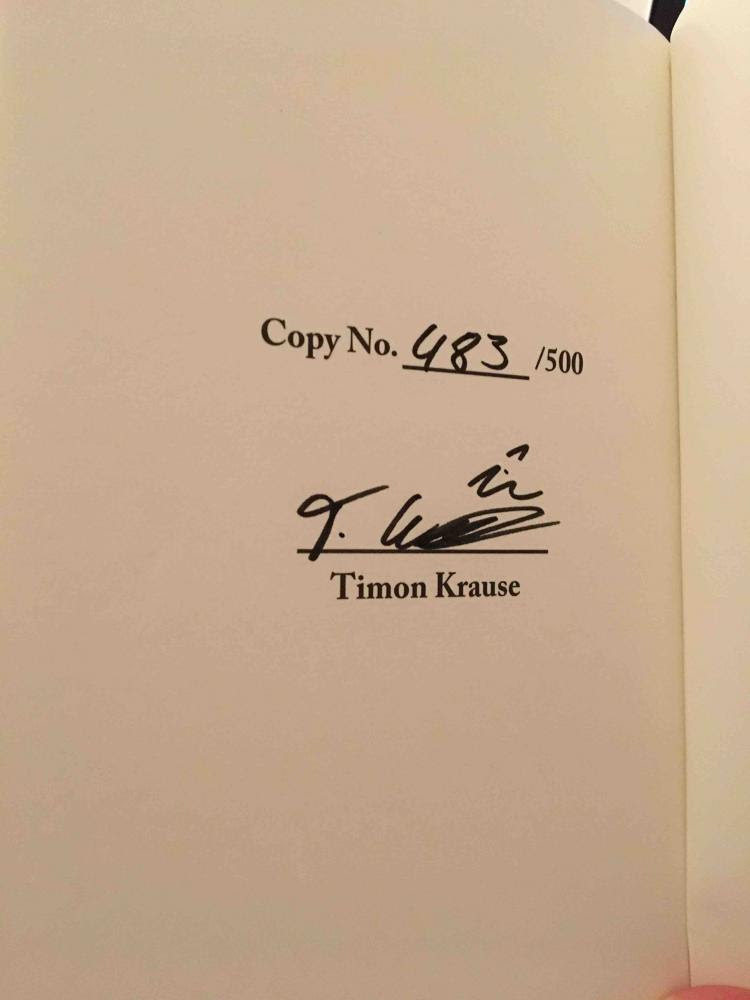 So, what’s inside the book?

In short, Timon’s method for performing his famous Which Hand routine, as seen on Penn and Teller.

The method for this effect is great – you can correctly determine the hand that holds the coin with nearly 100% accuracy and ZERO gimmicks.

Since I got this book, I’ve had the chance to perform Timon’s routine for a good number of people, and it’s done very well each time.

Personally, I love the routine.

It’s the perfect blend of magic and psychology to me, and the script is a whole lot of fun.

Timon also uses the book to impart some of his advice on performing magic – insights gained from his time on stage over his career so far.

If you can get a hold of this book, I highly encourage you to do so.

The initial ‘limited run’ has long since sold out, but if you get in touch with Timon personally, he might be able to point you in the right direction to finding a copy.

I would try contacting him via Instagram (https://www.instagram.com/timonkrause/?hl=en), or his official site – https://www.timonkrause.com/en/contact.