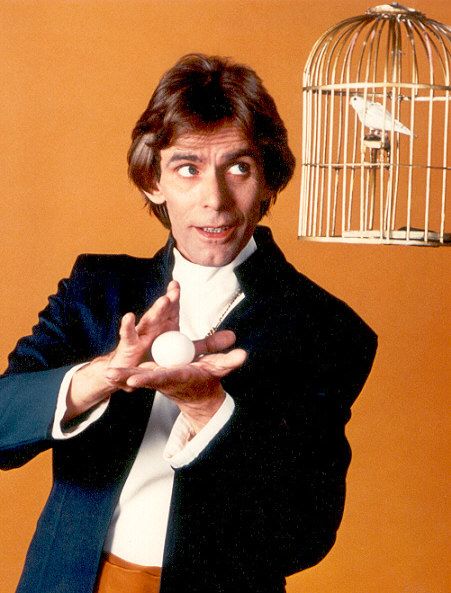 Today we’re exploring the world of the late and great magician that went by the name of Tommy Wonder!

“His ideas were very clever and merit more attention”

Interesting stuff huh? From reading so much about this man over the past few days I have posed myself the question, did we miss out on a magic great?

Did the man deserve more attention than was given him while he was with us?

What can we learn from him? And what made him so “wonder”ful.

Well as we often do, let’s start this one out by watching one of his routines so you can understand what the man was all about!

Now first of all you might have noticed the accent like I did, it’s a pretty hard one to pin if you don’t have the right ear. At first I thought that he was South African, next I thought that he must be from somewhere in Europe and then with my perfectly trained ear I went to wikipedia and found out that he was from the Netherlands.

So let’s find out a bit about him together shall we?

Tommy Wonder was born November 29, 1953 in the Netherlands, he developed an interest in conjuring at a young age, as many of us do! I think this is reflected in his style of magic which often uses flashy sleight of hand, that never fails to mesmerize me, let alone young children. Sadly, Tommy Wonder was not his actual name as much as we all wish it were, no it was actually Jacobus Maria Bemelman which I have to say is far less catchy.

Before becoming a famous magician he spent three years acting, dancing and singing in the Academie voor Podiumvorming (Performance Academy) in The Hague and subsequently toured for two years with De Haagsche Comedie. Again I found this fact interesting as his clear ease on the stage and easy charm must have in some way come from this time he spent in a performance school.

Some of his achievements include but are not limited to a second prize at the FISM World Championships of Magic in 1979 then again in 1988. During the year of 1998, one year before my birthday 😉 he also received the Performer Fellowship Award from the Academy of Magical Arts in Hollywood. In 1999 (I’m born now), he was awarded Best Sleight of Hand Performer from the World Magic Awards. Then on 5 August 2006 after his death he received the Theory & Philosophy Award at the FISM World Championships of Magic in Stockholm.

Tommy Wonder performed in Vegas, on Fox Tv and in Monte Carlo.

He also took the time to write and produce critically-acclaimed ‘books of Wonder’ which are a treasure trove of magical knowledge and performance aids. Within those books he explains some of his tricks such as: Wild Card Tamed and the ring and the wallet which we watched earlier!

Anyhow, enough about the man himself let’s get into his magic and discover what it was that people believe we might have somehow missed out on while he was alive!

First and foremost Tommy Wonder was a magician that came onto the scene with almost completely original magic. His routines were new and inventive and displayed sides of magic not before seen. Here is one of them called the coin across!

And another crowd favourite, the cups and balls! This is a trick we’ve all seen before! But this is a way I’ve never seen it.

You like myself I’m sure can already get an idea of why Tommy Wonder has been so popular in the past and now!

Certainly his magic is one of a kind, taking old and basic tricks such as the cup and balls and adding his own incredible twists that leave you with your mouth hanging wide open.

If you want to find out more, make sure to buy his books, preferably by sending us an email so we can send you our commission packed link 😉

Have a good one and hope you enjoyed our explanation of Tommy Wonder! Don’t miss out on this fabulous magician!