Of all the magic kits I’ve reviewed, the Uncle Bunny Magic Kit packs the most props for the cheapest price. But does that make it the best? Let’s find out… 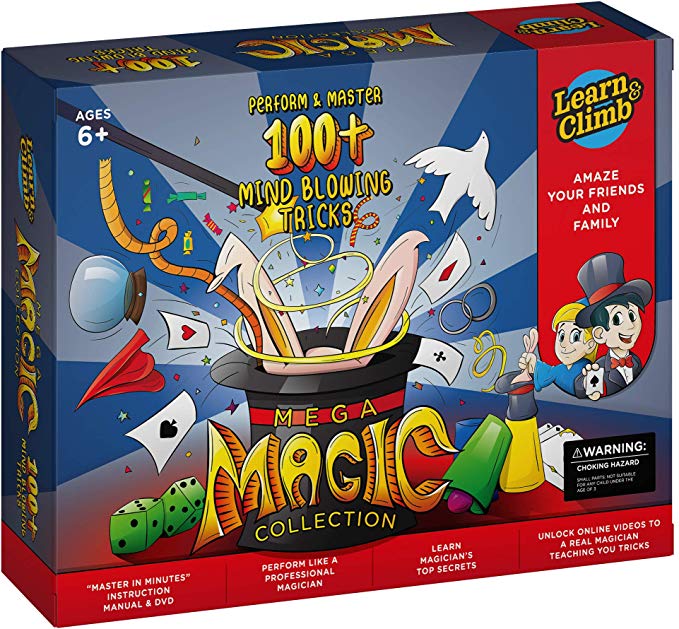 This magic set may not have big names like Criss Angel or Penn and Teller backing it, but I personally think that’s a good thing.

Well, whilst those branded kits are full of some great magic, the truth of the matter is that they are always going to be slightly overpriced simply because you’re paying for the ‘name’ of the kit rather than what’s inside.

In fact, having spent a long time reviewing magic kits, I’ve noticed that they are all VERY similar in terms of what is actually in the box.

I think that this particular magic kit holds an advantage over the others because instead of spending money on branding and getting a famous magicians face on the box, they’ve included as much magic as they can. This really is a ‘Jumbo’ magic set.

What Is the Uncle Bunny Magic Kit?

This magic kit (also known as the ‘Jumbo Magic Tricks Set for Kids’ on Amazon!) is produced by Uncle Bunny Magic.

This magic set contains 28 physical props, allowing for potentially hundreds of magic tricks to be performed. This set has over a hundred reviews on Amazon and averages a pretty neat 4.6 out of 5 stars. The seller, Marvy Brands, also has 100% positive rating over the last 12 months with over 700 customers weighing in.

The kit comes with step by step instructions to help you figure out how some of the tricks work (a lot of them will be fairly self explanatory though!). The instructions come in the form of both a manual and a DVD. The DVD is taught by magician Leif Davis.

One of the highlights of this set is that the tricks come in levels; many people are unsure of whether there child is old enough or whether the tricks of a magic kit will be too difficult. This magic set has levels, meaning your child can start with the easiest tricks and work their way up at their own pace.

The set also has a 30 day return policy; if you aren’t happy with the product for any reason you can easily return it.

Where Can You Buy This Magic Kit?

This magic set is available from Amazon. I had a look around but it seems that it’s only possible to buy from Amazon; which isn’t a big issue (I usually recommend buying from Amazon anyway!).

However, I would advise you to buy the kit quite a while in advance if you are thinking of purchasing it as a gift for someone. Since magic kits are such a popular gift item, these sets can jump in and out of stock quite often, especially within the holiday season! 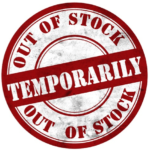 What’s Included In This Magic Kit?

This magic kit has a whole range of great magic tricks. Here are a few of my favorites…

The Cups and Balls are the oldest trick in the book. Literally. This iconic magic trick has reportedly been performed from all the way back in ancient Egyptian times! It’s a great trick for kids because of how adaptable it is; you could perform a routine with one ball and one cup or three balls and three cups! 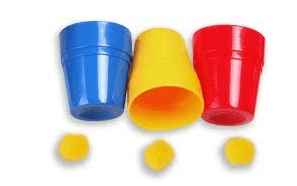 The basic idea is that the magician displays three ordinary cups and balls, and yet the balls somehow magically move around between the cups to the astonishment of the spectators.

This is a trick that, whilst being simple enough for younger children to grasp, could end up requiring some dexterity and sleight of hand!

What do you think of when you picture a magician? 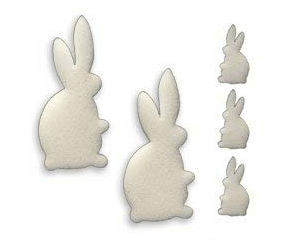 Well, although this magic kit doesn’t provide you with a REAL rabbit, you get the next best thing with a set of sponge rabbits. These rabbits are easily compressed and will spring back to full size almost instantly. This makes them useful for all kinds of different magic tricks!

The appearing silk magic trick you get with this set actually uses a classic prop used by professional magicians all over the world.

The magician shows you an ordinary silk handkerchief (you can handle it yourself if you want to!). He then takes the handkerchief back and slowly pushes it inside his closed fist in full view of the audience. However, when he opens his hand, the silk has completely disappeared!

But, he’s not done yet. The magician closes his hand again and with his other hand reaches over and slowly pulls the silk handkerchief back out of the (previously empty) hand! This can be repeated back and forth as many times as the magician wants…

The prop may look almost ridiculously obvious, but you will be surprised by how easy it is to get away with using it once you work up the confidence to try it out.

In fact, I once watched a professional magician use the EXACT same technique as this to entertain a crowd of hundreds in a theater in London! And now you can try it out too…

I just had to include a brief word on this one since I remember playing with it LOADS as a child myself. It’s a really fun prop to use and is very easy to operate too!

In the magic set, you’ll actually get a pair of cards like this rather than train tricks, but the principle is the same. The magician lines the two cards up together and it’s obvious that one of the cards is longer than the other. But as soon as the magician swaps their positions around, the cards suddenly swap size!

This magic trick doesn’t use any sleight of hand; all you are doing is moving the cards! There’s no difficulty factor- this is probably one of the easiest tricks of the bunch. You just move the cards and the optical illusion will occur naturally!

This is a trick that will enable you to convince people you have psychic powers. 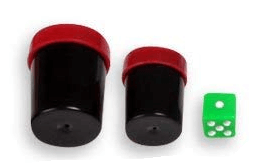 You take an ordinary dice and let the spectator inspect it. Once they’re happy there’s nothing funny going on, you let them place the dice in a tube like this. You look away the entire time, so you have no idea which numbers of the dice went where.

The tube is then covered up with a lid so there’s no way for the magician to catch a glimpse of the dice. The magician picks up the tube and holds it up to his head. Using his ‘psychic’ powers, he guesses which number is at the bottom of the dice.

When the lid is removed and the dice is taken out, it turns out the magician is right!

Playing cards are an integral part of any magician’s repertoire. This magic kit does provide you with some playing cards, although only a few specific ones (Jack, Queen, King, Ace). 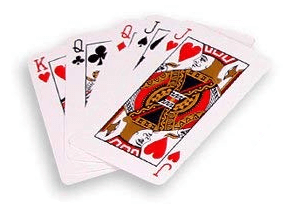 This is probably one of the only downsides of the kit. I think a deck of cards is an awesome piece of kit to play around with; it’s a shame there isn’t a full deck provided. Hopefully most of you will have a deck or two lying around anyway, but if not, I’d definitely encourage you to buy one.

Perhaps you could let your child have a go with the range of cards provided; if they seem to be enjoying them than you should go ahead and invest in a full set of cards!

Like the sponge rabbits I mentioned earlier, a magic wand is an iconic symbol of magic, and this kit provides you with one. The magic wand is the classic black and white style like this…

The wand can be used with loads of different tricks. For example, the wand might be what the magician waves over his hand in order to make the silk handkerchief appear and disappear.

The ball and vase is one of the most common items that I’ve seen present in magic kits, but that’s not a bad thing. The reason it’s used by so many different sets is because it is simply a good trick that is very easy to do.

This time, as he opens the vase, the ball has gone. The magician opens his hand to show that he is holding the ball.

Having trouble visualizing this? Here’s a video of Penn and Teller performing this illusion!

Of course, you probably won’t be able to do it like they can, but it gives you a good idea of what this trick could potentially look like.

These are only a few of the available tricks. Some other tricks you can do with this kit include the Floating Match, the Magic Coin Case, the Magic Printing Theater and much more.

I think that this set is a great choice of magic kit. Unlike some of the others that have less magic but a better ‘name’, this kit focuses on providing as much magic as possible at the same price.

What’s more, this kit caters for all different kinds of skill levels. This kit is recommended for 7 years and up, so if you are shopping for a child younger than that, the Ideal My First Magic Set is probably a better bet.

I hope you found this review of the Uncle Bunny Magic Kit useful! If you did, why not share it with your friends using the social icons provided?

Do you still have any questions about this product? Feel free to post any unanswered questions or general comments in the comment section below this post. Alternatively, you can get in touch with me directly using the contact form option at the bottom of the page.