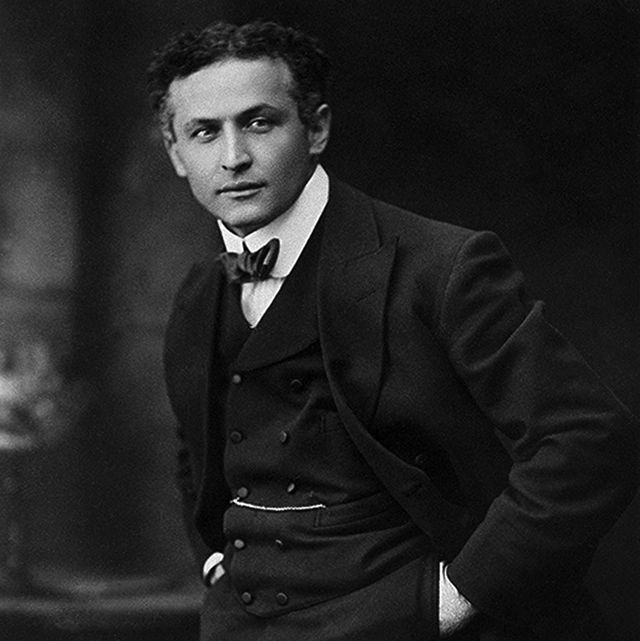 Who Is The Best Magician of All-time?

Who is the Best Magician of All-time? This is a question I get asked frequently, so I thought it might be helpful to write a little something addressing who I think the title should go to. Naturally, it isn’t easy to answer a question like this and so whatever I end up deciding, there are sure to be many others who will disagree with me!

This is absolutely fine; everyone has different opinions on what it means to be one of the ‘greats’, and different types of performances will be much more powerful than others.

I will try (no promises!) to break down who I think the best magicians of all time are, but it will be difficult. The reason for this is that it’s really hard to compare the skill of a mentalist to the skill of a card magician, for example. It’s a bit like asking ‘out of Mozart and Ronaldo, who is the better showman?’. Although we can draw comparisons, but it’s hard to properly compare them when the two areas of magic are so different- generally a card magician will have better sleight of hand, but might not be able to ‘read’ his audience in the way a mentalist can, but this doesn’t mean one is better than the other!

Because of this, I will use decide who I think the best magician of all time is within individual categories; card magicians, stage magicians, mentalists, and whatever comes between.

If you ask someone on the street to name a magician for you, chances are that they’ll mention either Dynamo, David Blaine, or Criss Angel. Penn and Teller might come up a couple of times, and the occasional Harry Houdini. These are all great magicians, but there are so many iconic legends in the magic world that the public seems generally unaware of.

But if you asked a magician to name the best magician of all time, you’d likely hear the name Dai Vernon from a good majority of them, sometimes referred to lovingly as ‘The Professor’. Dai Vernon, also known as the man who ‘fooled Houdini’, was the man who revolutionized card magic. He essentially took worn out, inefficient tricks and techniques, and turned them into showstopping pieces. He is credited with the invention of many tricks and techniques that are still as strong as ever! Even if some say he wasn’t the most technically skilled magician ever, it’s hard to doubt that he changed magic forever. 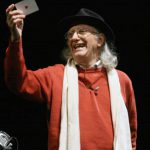 The other candidate I considered for this spot is Juan Tamariz, a Spanish magician who has a wacky and eccentric style that putts you at ease until right to the end of his tricks, where he’ll blow you away with an impossible ending. He led a new movement of magic that has produced some of the greatest living performers today!

Other mentions include Dani DaOrtiz, Darwin Ortiz, David Williamson, Tommy Wonder, and Bill Malone. Shin Lim is another name I guarantee you’ll be hearing a lot of in the years to come.

Here, the accolade must go to Lance Burton, who blew people away with his incredible dove act, which is still arguably the most impressive version to date. He has won Magician of the Year twice, and is also a FISM winner (the equivalent of an Oscar or World Cup among the magic world). A frequent guest on The Tonight Show, Lance Burton has wowed audiences for years with his elegant and infuriatingly inexplicable performances. 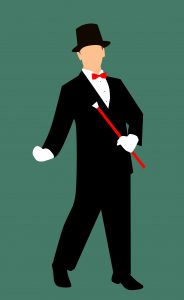 Other strong contenders for this position included David Copperfield, Penn and Teller, and Jeff McBride, who all deserve mention. I recommend you watch a few of their performances to get a feel for their amazing showmanship.

The best mentalist of all time is Derren Brown, I feel (although I might be biased since I watched him live!). He is just such a great showman, and he really, really knows how to work an audience. His act is also mind-stoppingly good, and as a card magician myself, I had no idea what techniques he was using to achieve his tricks, which added to the overall impact of his performance. The guy has some great little videos on YouTube, but none compare to watching this master do his thing live!

Other mentions here include the great Max Maven, Uri Geller, and Banachek (look up how Banachek fooled a group of scientists into believing he was psychic- it’s fascinating!)

This category includes comedy magicians, coin magicians, street magicians, escapologists, and all other types that I forgot to mention already! 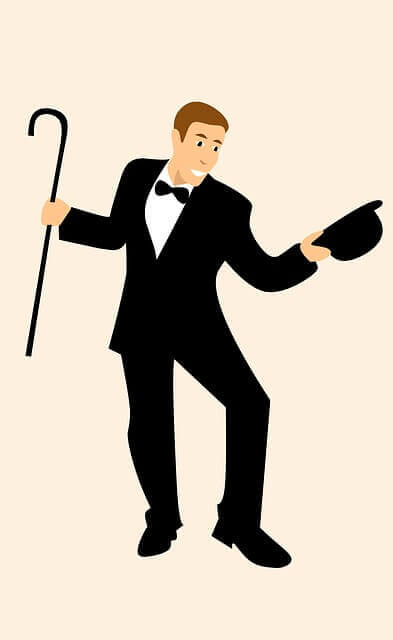 Undoubtedly the most famous of all these is Harry Houdini, the man who invented some of the most popular escapes still performed today, but there are a host of other names that deserve recognition.

People like David Blaine and Dynamo, who brought magic back into the public eye, and created a whole new generation of magicians.

Finally, some kind of mention has to go to Criss Angel, undoubtedly the best ‘TV’ magician of the 21st Century!

Is it possible to pick an overall best from this list? Definitely, but I’ll leave that one up to you to decide. Do some research- read their books, watch their performances, watch them live, maybe even talk to a few of them. Then feel free to decide who you think is the greatest magician of all time! 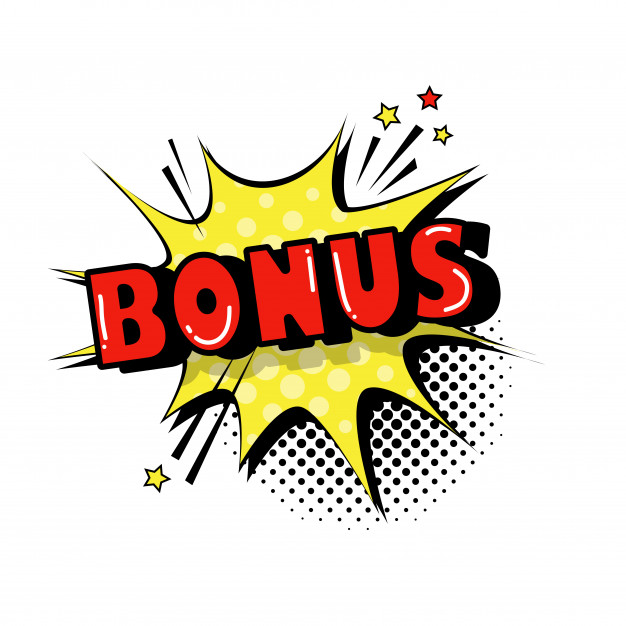 Recently I sent this email out to my followers! (If you want to join the email list feel free to click the banner above and sign right up to join in debates like these!

Magicians seem to have a strange ongoing fascination with this ‘hot button’ topic:

“Who is the BEST card magician alive??”

I dislike how so many magicians will give total flakey answers to that question as if they’re afraid of offending someone.

That’s not what I’ll do today.

After all, it’s really not that hard to name a few names.

And for my money, Juan Tamariz takes the cake every day…but that’d be a pretty boring list on its own.

So here are the remaining 9 of my top 10. (Once you’ve read through them, I’ll let you in on a little secret.)

Here they are, in no particular order:

Of course, that list is by no means meant to be the ‘final word’ on this debate…just my opinion.

After a flood of responses I sent this out:

“What about David Berglas? He’s still alive and he created the ‘Berglas Effect?’ What about Asi Wind, the double exposure guy! What about Derren Brown’s card trick (“reverse engineer” as named by Asi in his repertoire), and what about Shin Lim-the sleight of hand legend and Daniel Madison?”

While the magicians you mentioned are accomplished, would it be not an insult to these other great card magicians, who (in my opinion) are equally accomplished?”

I had a feeling that yesterday’s email might cause some drama to unfold. So let’s discuss…

And if my list were meant to be a comprehensive rundown of the ‘greatest magicians alive,’ he’d be right.

But perhaps it would be helpful to clarify what I mean by ‘best.’

In this case, by ‘best’ I simply meant the most technically skilled with a deck of playing cards.

Entertainment value and level of ‘artistry’ is subjective, whereas physical skill is objective.

I.e we can debate all day about whether or not Derren Brown is more of an artist than Darwin Ortiz, but there’s no debating the fact that Señor Ortiz would smoke him in a contest of sleight of hand.

So, while Derren Brown is an excellent performer, it’s also safe to say he’s definitely not the most SKILLED magician with a deck of cards. Because he doesn’t need to be!

(and he’d be the first to admit as such.)

The same goes for David Berglas. Astonishing effects, but definitely no Vernon with the pasteboards.

(again, because he didn’t need to be.)

And, I should point out, this isn’t a ‘knock’ at any of those guys.

After all, I myself leverage an approach that requires very little sleight of hand but still creates very powerful magic.

But I think it’s hard to argue with the fact that a guy like Darwin Ortiz is just straight up BETTER at handling playing cards than Derren Brown.

That doesn’t mean he’s a better performer. Or a better artist. Or heck, a better magician.

It just means his fingers can do things that other guys can’t do.

So there you have it, our little answer to your big question. The problem is, with such an opinion based debate it’s hard to ever get you a straight response.

We hope however this has helped your quest for truth! If you have any different responses please put them down below in the comments so we can all debate together.

Because, who’s to say you’re not the greatest magician alive?